The party says it believes that Malema's meeting with Zuma is a "trap". 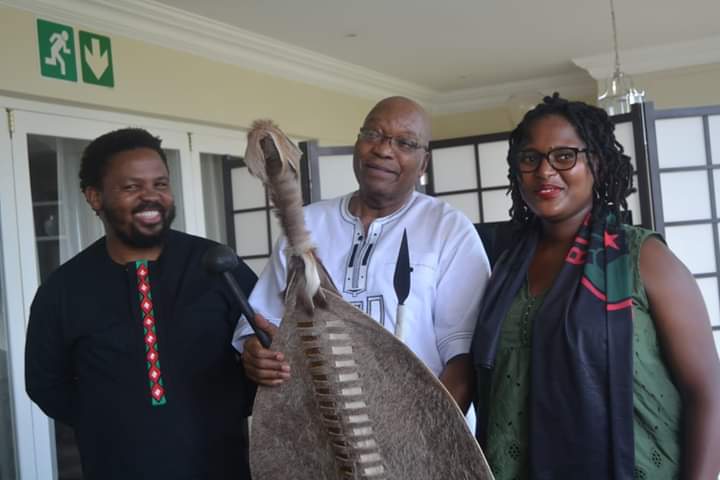 Malema requested to meet with Zuma as the former president faces a backlash following his defiance of the Constitutional Court (ConCourt) ruling compelling him to appear before the Commission of Inquiry into State Capture.

BLF was the latest member from the “Zuma camp” to defend the former president following African National Congress (ANC) secretary-general Ace Magashule statements to the media on Wednesday to “leave Zuma alone” as he paid a courtesy visit to the family of late Rebecca Kotane.

ALSO READ: No media allowed for Malema and Zuma’s tea date: What will be discussed?

The party said it believes that Malema’s meeting request is a “trap” due to the fact that EFF MP Mbuyiseni Ndlozi recently called for Zuma’s arrest.

“The call for the arrest of President Zuma made by Dr Ndlozi follows the now well established anti Zuma campaign of Stellenbosch led by Julius Malema which assisted in the toppling of President Zuma from power.

“Similarly, soon after the testimony of Sydney Mufamadi the organisation led by Malema issued a call for the arrest of all named by Mufamadi. So what’s the sudden change of heart?

“BLF believes in the unity of blacks. But this unity must be principled and for the purpose of black liberation. It can’t be unity of convenience with unrepentant agents of the enemy. Malema is calling for tea which is not preceded by confession and contrition for being an askari for Stellenbosch,” the party said in a statement on Wednesday evening.

The party further said it believes that Malema was on the path to sell out Zuma yet again and that it did not trust the EFF leader.

“We believe that President Zuma is a man of integrity and wishes for genuine unity, but his interlocutor is a salesman out to bargain with Stellenbosch using this new proximity to President Zuma.

“We raise alarm at this stage so that no one accuses us of not raising our voices when a new trap was set for President Zuma.

“On our part we stand with President Zuma as we have always done and we shall stand with him when he is stabbed in the back again by Mr Malema, the trusted agent of Stellenbosch and London,” the party concluded.

The request for a meeting comes as a surprise a Malema had a very public fallout with Zuma, after being one of his staunchest supporters for years.