'The Zuma siblings' comments and statement were no less inflammatory than those allegedly made by [Zamaswazi] Majozi and others.' 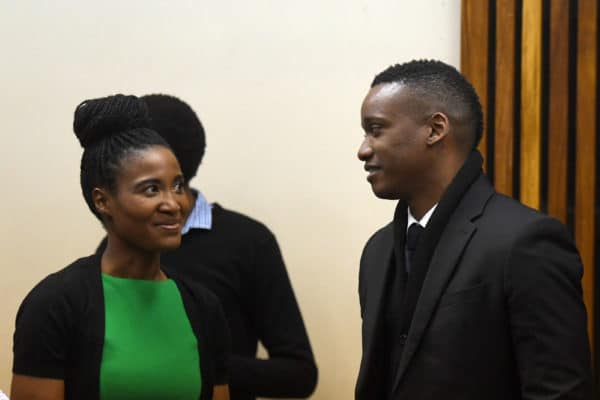 The Democratic Alliance (DA) has called on the South African Police Service (Saps) to pounce on former president Jacob Zuma’s children for encouraging violence and unrest.

This is after the woman behind the controversial Twitter account “Sphithiphithi Evaluator” was granted bail by the Germiston Magistrate’s Court.

The 36-year-old, who has been identified as Zamaswazi Majozi, made her first appearance in court on Monday after she was arrested on Saturday for incitement to commit public violence on social media regarding the violent unrest the country witnessed in July.

Reacting to Majozi’s arrest, the DA welcomed the action taken, adding that Zuma’s children should meet the same fate for also inciting violence.

“The Zuma siblings’ comments and statement were no less inflammatory than those allegedly made by Majozi and others and they should face the same legal consequences. This smacks of double standards, and could lead to the conclusion that South African law is not implemented equally,” DA MP Andrew Whitfield said in a statement.

The DA previously laid criminal charges against twins Duduzane Zuma and Duduzile Zuma-Sambudla, as well as their older brother Edward Zuma, and Economic Freedom Fighters (EFF) leader Julius Malema, over their comments on social media and in the media.

The party laid the charges at the Cape Town police station.

Whitfield said the DA was concerned that no action had been taken against them.

He said the party called on Saps and the National Prosecuting Authority (NPA) to hold Zuma’s children accountable for the looting and violence “to the fullest extent of the law”.

‘Quoted out of place’

Duduzane previously maintained that he played no role in inciting violence during the unrest after receiving backlash for telling people to “loot responsibly” in a video clip.

However, Duduzane argued that his comments were taken out of context and that people were selective in what they wanted hear.

“You guys took an seven second clip of out an 11-minute video where I spoke about a whole host of things and you guys zoom in on those seven seconds. This is not the first time where I have been quoted out of place,” he said during an interview with Newsbreak Lotus.

Duduzane also refuted claims that the Twitter account in his name – which also seemed to encourage violence during the unrest – belonged to him, saying he did not have any social media accounts.

Meanwhile, ANC deputy secretary-general Jessie Duarte previously said the party would hold Duduzile accountable for her social media comments, where she thanked the violent protesters for supporting her father.

Zuma’s incarceration ostensibly triggered the widespread riots, notably in KwaZulu-Natal and Gauteng, and the violence left more than 300 people dead.