Godongwana also said the state could not afford a basic income grant (BIG) at this stage. 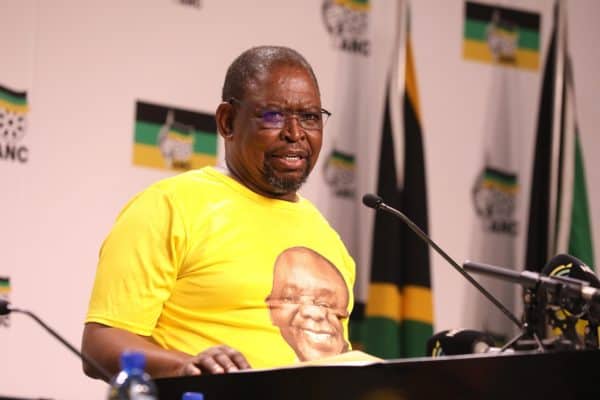 Finance Minister Enoch Godongwana said in a presentation during the ANC’s recently lekgotla – as reported by the Sunday Times – that the party’s “wish list” could cost upwards of R73.5 billion.

Gondongwana, who is also the party’s head of economic transformation, said the ANC’s proposed spending spree – which includes R10 billion for the Land Bank and R4.6 billion for unpaid e-tolls in Gauteng – would require trade-offs.

Godongwana said the projects would cut even deeper into South Africa’s already deteriorating fiscal capacity, “as measured by the variation of own tax revenue as a percentage of domestic output”.

Other excessive expenses include R15 billion to write off student debt, R16 billion for provinces with unpaid bills, and R19.6 billion to cover public wage increases.

Godongwana also said the state could not afford a basic income grant (BIG) at this stage, a sentiment he shared back in August 2021.

No cash for basic income grant

Godongwana at the time said the funds set aside for the BIG should instead be used as a grant to benefit unemployed black youths in South Africa.

His proposal would benefit millions of young people who face an uncertain future – South Africa has approximately 4.2 million unemployed citizens between the ages of 15 and 35.

“My argument is that we must invest in them. Even the amount we may spend could be more than a grant. We can’t condemn young people to a cycle of dependence, particularly because these are young black kids.”

This comes after the ANC faced criticism for being unable to pay employees’ salaries since July 2021, and also its failure to register mayoral candidates for the upcoming local government elections.

Prior to President Cyril Ramaphosa’s state of the nation address back in February 2021, at a roundtable discussion, the finance minister called for several economic reforms to be implemented, such as: