On Thursday, the ruling party's head of elections criticised the SABC and its group executive of news and current affairs, Phathiswa Magopeni. 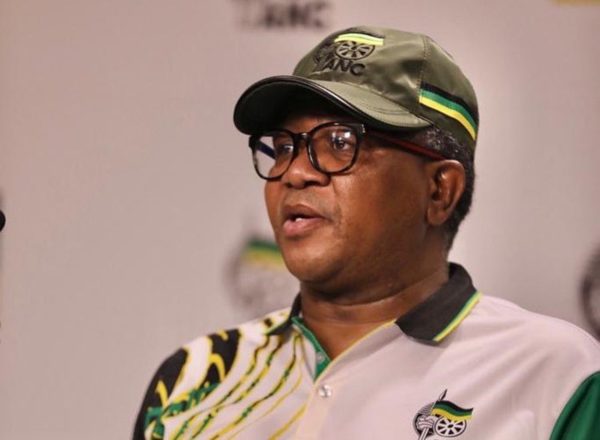 The SABC has rejected in the “strongest terms” allegations by the ANC that the public broadcasters’ coverage of the local government elections is to blame for low voter turnout and the governing party’s dismal performance in the polls.

This after the ANC’s head of elections Fikile Mbabula on Thursday criticised the SABC and its group executive of news and current affairs, Phathiswa Magopeni, saying the “SABC was a mouthpiece for the opposition”.

Mbabula claimed the SABC’s current affairs programme, Service Delivery Gauge, zoomed in on governance failures in ANC-run municipalities while ignoring municipalities under the control of the Democratic Alliance (DA).

“The SABC was a big problem… let me tell you openly today, we were just decent not to attack you in public,” Mbabula said, speaking at a media briefing at Luthuli House in Johannesburg.

Mbabula said he called Magopeni to confront her about the SABC’s “negative” election coverage, but she threatened to expose him in public because she was just “doing her job”.

“You guys during the local government elections, you run a programme called [Service Delivery] Gauge. That programme meant that you’re putting the ANC on the backfoot… You were in all these majority municipalities showing our weakness. I did my job to the best of my ability against a ruthless SABC that was attacking the ANC left and right.

“No doubt you have added to the negative mood and you have aided the campaign of people not coming out in their numbers to vote,” Mbabula said.

In a statement on Thursday, the SABC said Mbalula personalised the matter by “unacceptably singling out and criticising” Magopeni.

The public broadcaster challenged the ANC to provide evidence of bias in its election coverage and said it believed SABC News covered the polls in a fair and balanced manner.

“The ANC has not submitted any written evidence to substantiate these allegations. SABC management believes that SABC News covered these elections in line with its editorial policies and the Independent Communications Authority of South Africa’s election regulations. SABC management, therefore, rejects minister Mbalula’s allegations in the strongest terms.

The SABC said the scapegoating of SABC News for the ANC’s poor electoral performance was unacceptable and disrespected its role as an independent public broadcaster fulfilling its constitutional duty.

“The SABC reiterates that should any political party have a complaint about any aspects of the SABC’s coverage they are encouraged to follow the established regulatory avenues available.” 'Mongrel' and 'clueless minister': Mbalula and Niehaus in yet another Twitter feud
20 hours ago
20 hours ago

'Mongrel' and 'clueless minister': Mbalula and Niehaus in yet another Twitter feud
20 hours ago
20 hours ago