The 20-year-old Barrett rode a superb race to totally upset the apple cart in the men's race. 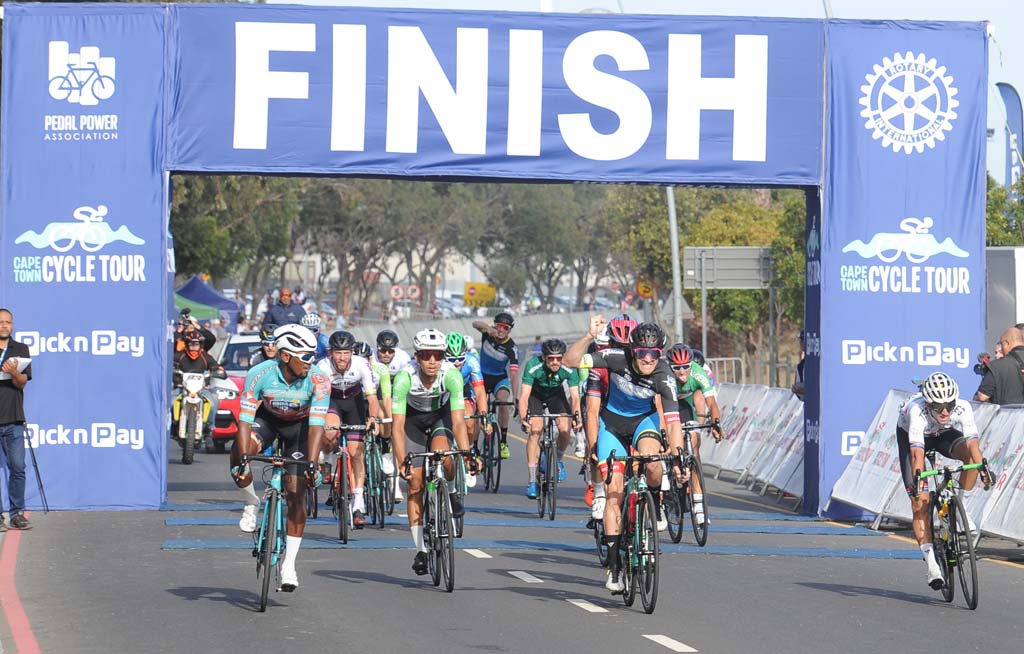 Travis Barrett stunned a strong men’s line-up, while Cherise Willeit successfully defended her title in the women’s race at the Cape Town Cycle Tour on Sunday.

Barrett held his nerve in a bunch sprint for the line, launching a long drive for home.

“I still can’t believe it,” a delighted Barrett said after the race.

“It’s something that every rider dreams of, and a few months ago I set myself the goal of winning a big classic in South Africa.”

Though he just held off former winner Clint Hendricks (Enza), who finished inches off the pace in second position, Barrett said the hard work had been done by his teammates on the hard climbs during the race.

He also credited his team for setting him up in the chase for the line.

“It was probably the longest sprint of my life,” Barrett said.

“I think I opened up my sprint at just the right time. I started fading a little towards the end and I could feel Clint Hendricks coming along on my right hand side, but the finish was just close enough to hold him off.”

Earlier, in the women’s race, Willeit (Customized Cycling Bioplus) edged out Frances Janse van Rensburg to take a narrow victory in another bunch sprint, covering the 78km distance in 2:07:48.

It was her fifth career victory at the popular annual Cycle Tour race.

“I wasn’t sure coming into the race because it’s been quite an interesting week and I had a stomach bug,” Willeit said.

“There were a lot of attacks and it was a very intense, tactical race.

It was also a super long finish straight into a headwind.

“I think I kicked like five times in the last 500 metres and my legs were cramping at the end, but every Cycle Tour is special.”