Lions MD: ‘Right decision to come to SA, no plans to change’

“It is a challenge, it’s definitely not easy, but we are determined to make this tour work." 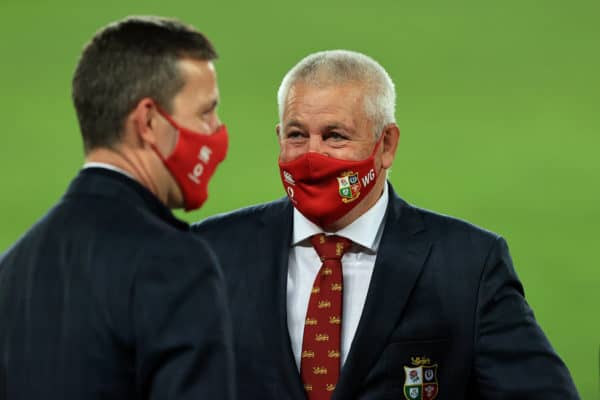 The British and Irish Lions will remain in Gauteng until Sunday and will now be playing against the Sharks in Pretoria on Saturday, with the organisation’s managing director Ben Calveley saying he still believes it was the right decision to come to South Africa and they are okay at the moment to stick as close as they can to the original schedule.

The Lions were meant to be playing against the Bulls at Loftus Versfeld on Saturday, until Covid breaking out in their hosts’ camp saw that match being postponed.

The virus has also struck the Springboks, who are isolating in their rooms in Johannesburg, and Georgia squads, causing the cancellation of their second Test, which was to be played at Ellis Park on Friday night.

And then the Lions themselves returned positive tests, leading to their match against the Sharks in Johannesburg on Wednesday night only being confirmed two hours before kickoff.

Calveley revealed on Thursday afternoon that one management member is definitely positive and they and four close contacts, including two players, are isolating.

The player who initially tested positive is now believed to be a false positive and if Thursday’s negative test is repeated on Friday morning, and there are no further cases in their camp, then their match on Saturday can go ahead.

And the Sharks, because they are still in Johannesburg and have 36 players with them, have agreed to take on the Lions again.

“It is a challenge, it’s definitely not easy, but we are determined to make this tour work. We have a very strict bio-secure environment and protocols and we are as protected as we can be,” Calveley said.

“The decision to play now in South Africa was made back in March and I still believe it was the right decision. There are no plans to change that and it’s not as simple as just hopping on a flight back home to play on British soil.

“There is no arbitrary benchmark in terms of the number of cases for the Test series to be in doubt, we just have to make sure we continue to demonstrate the right behaviours. I’m confident that if we do that then we have the best possible chance of making it right through the series. There are contingency plans currently being discussed with SA Rugby, but no deviation from the schedule yet.”

There was speculation that the Lions would move to Cape Town as soon as possible, but the desire to have more rugby action means they will stay among the largest population of Covid cases in the country until Sunday.

“We always intended to go to Cape Town on Sunday, that was the original plan and we are sticking to that. All of the squad will remain together and we won’t be splitting up. The decision to play in Pretoria was made from a rugby point of view – we need to prepare for the series against the Springboks,” Calveley said.

The Sharks were meant to be hosting the Gauteng Lions in a Currie Cup match in Durban on Saturday, but that has now been cancelled by SA Rugby.