WATCH: Shamsi does a real magic trick on the field!

We're not talking about the Proteas spinner merely bamboozling batsmen with a cracking delivery... 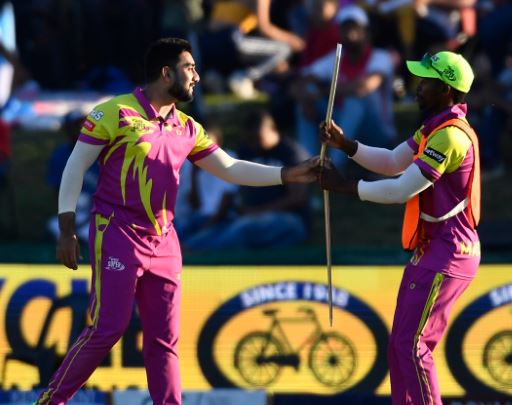 There’s a new wizard in town and his name is Tabraiz Shamsi.

Mzansi Super League (MSL) fans have been treated to a few of his ruses, which have become part of his match day entertainment, and often after taking a wicket.

There’s the famous boot call – where he takes off his colourful boots and pretends to be making a phone call. At the weekend, Shamsi pulled off a new trick against Jozi Stars at Boland Park when he unveiled the ‘magic wand’ celebration that has now gone viral.

Soon after getting his wicket, he took out what looked like a handkerchief that in a blink of an eye, somehow, stretched into a stick that left fans bamboozled.

“I have always been fascinated by magic and different tricks,” revealed Shamsi.

“From the age of about 15 or 16, I wanted to become a magician as it was a hobby of mine. It wasn’t just a phase, but something that really interested me as a small child. I still love it, but cricket obviously took over after that.”