A coastal wave hits our Super Rugby XV for the week

The Sharks and Stormers starred in an up-and-down weekend for local teams. It's little wonder they dominate our team of the week. 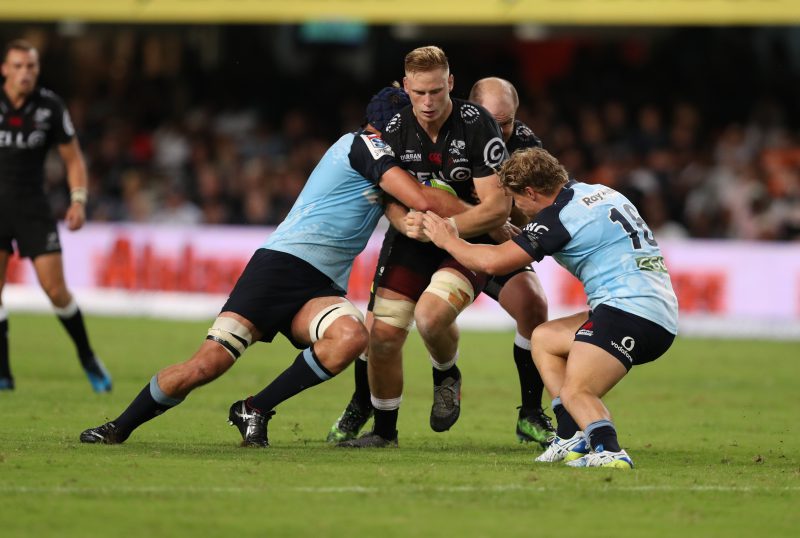 What a difference a week makes.

Given their decent performances, it’s little wonder our best Super Rugby XV for week 3 is dominated by Sharks and Stormers.

Revelled in the space that a leaky Kings defence allowed him and was the heart of many attacking movements.

His consistency is remarkable at the moment.

Some recognition for one of South African rugby’s more underrated wingers.

Leyds is known for his high work rate but it was pleasing to see him get an opportunity to express his attacking talent.

This young man has made a seamless transition to centre from fullback.

Full of initiative once again and also added another string to his bow: good distribution.

He’s not going to win any accolades for being an exciting player but Esterhuizen is a vital member of an emerging side.

His defence is ruthless and provides a much-needed extra boot in the tactical kicking department.

There’s a lot of clamouring for one of the Cheetahs’ most consistent performers to get another look-in at Springbok level.

He did nothing this week to stop those cries.

This 19-year-old truly is a prodigy.

He’s played fullback for the past year, slots in at flyhalf and scores 27 points.

More importantly, Bosch made the Sharks NOT miss their captain Pat Lambie.

That tells you everything.

There’s still no better defender at scrumhalf in South African than the Lions stalwart.

Sometimes it takes a poor team effort to bring out the best in certain players.

Whiteley was outstanding in Buenos Aires.

The Bok No 8 scored two tries, made a massive 18 tackles (four of them dominant) and kept his head on a frustrating day.

There simply isn’t a stronger ball-carrying flank in local rugby at the moment.

The young man has Springbok written all over him.

His night was ended by concussion but Van der Walt is one of the mainstays of the Sharks side.

In a far more open game, the brilliant Bok lock showed some of the qualities that make him a viable option as a blindside flanker too … in an emergency, of course.

Now then, did we see a performance from a potential new Springbok captain?

Etzebeth was magnificent in his first game as Stormers skipper.

He was a tower in the lineouts, a strong carrier and show fine touches like two excellent off-loads.

The Springbok prop had to pull out the stops to show he can match the man he replaced, Wilco Louw.

It’s been a tough re-introduction for the young man but he remains one of South Africa’s most promising looseheads.

The Springboks have been crying out for an imposing ball-carrier for the past year, predominantly because there weren’t many viable candidates.

But that situation is changing rapidly as this athletic bulldozer continues to impress all and sundry.

His finer skills are also becoming better by the week.