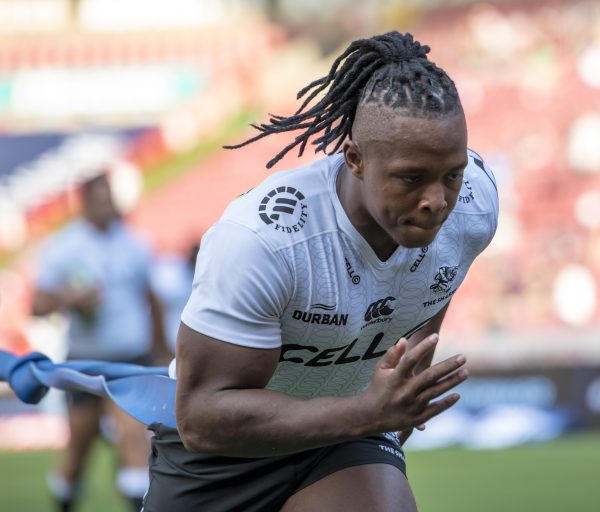 Sharks wing Sbu Nkosi will be a key figure in Saturday's Currie Cup final against the Bulls at Loftus Versfeld. Picture: Getty Imagess

Sharks star Sbu Nkosi is a top-class wing, a current Springbok and World Cup winner. In this Saturday’s Currie Cup final at Loftus Versfeld, he will come up against two young rising stars in Bulls wings Kurt-Lee Arendse and Stravino Jacobs.

“They are both very good players or Jake White would not have selected them,” is what Nkosi said about Arendse and Jacobs.

“We all have a lot to learn but I guess I’m a bit further down the road in my journey so there are probably a couple things more that I have picked up. But they are both very exciting players and they will bring energy. I will bring my best game as if I’m playing against the best in the world.”

So what will Nkosi be up against in the final on Saturday? Former Springbok captain Jean de Villiers runs the rule over Jacobs and Arendse.

“I’m extremely proud of how he has really stepped up to another level, especially since he comes from my alma mater Paarl Gym.

“So I’ve watched him for a while, he was already a beast at school and Jake White is always good at giving those sort of talents opportunity. He’s a big, physical guy but he doesn’t lack pace either,” De Villiers told The Citizen on Wednesday. 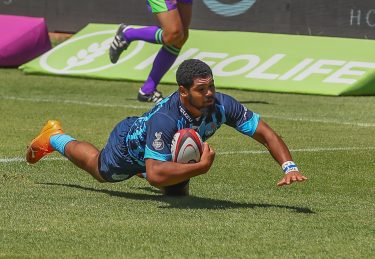 Rising star Stravino Jacobs has been a revelation for the Bulls in recent weeks. Picture: Getty Images

“He also comes from Paarl even though he did not take the traditional route to the top. But he has all the skills and I have been so impressed by his all-round performance,” De Villiers said.

“He’s smaller than Stravino but he doesn’t shy away from defence and he has a good eye for every opportunity. It’s very exciting to see the way he’s playing and the influence of Sevens on XVs, so credit to Springbok Sevens coach Neil Powell and his work and guys like Cornal Hendricks and Stedman Gans who are also in the Bulls team. 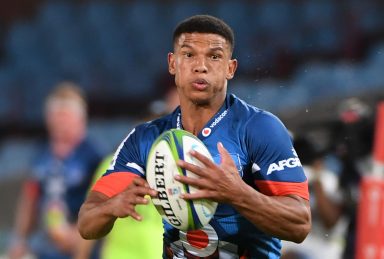 Kurt-Lee Arendse has grabbed his chance on the wing for the Bulls this season, have moved from the Sevens game. Picture: Getty Images

“As a combination, both of the Bulls wings have speed and they’re a bit like a Julian Savea and Cheslin Kolbe combo – those are the two extremes when it comes to wings, but it’s a complete package,” De Villiers said.

Nkosi, who is not lacking in power, will be marking Jacobs so that could be a titanic clash out near the tramlines on Saturday.