Kolisi is ‘the best leader in world rugby’, but Sharks stick with captain Am

"Lukhanyo has done an unbelievable job as captain, so that makes the decision much easier." 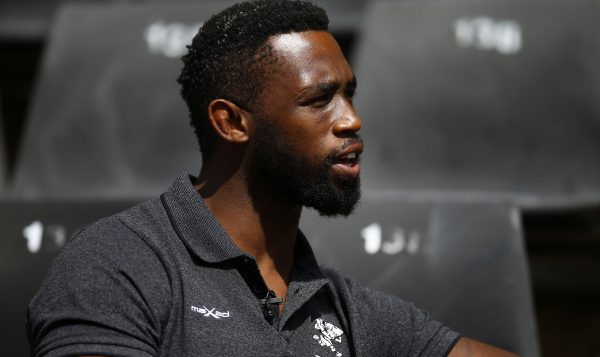 Eduard Coetzee, the Sharks CEO, might rate Siya Kolisi as the best captain in world rugby, but he has confirmed that Lukhanyo Am will retain the captaincy of the franchise team.

Am has been integral to the rise of the Sharks over the last year and is the sort of follow-my-example captain that is much loved by the KwaZulu-Natal outfit and their fans, following in the footsteps of inspirational skippers like Gary Teichmann, John Smit, Wahl Baartman and Craig Jamieson, who were also men of few words. 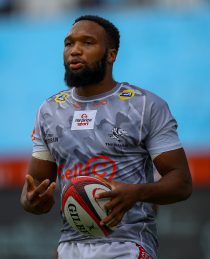 Skipper Lukhanyo Am will continue to lead the Sharks. Picture: Gordon Arons/Gallo Images

While there is no doubting the pedigree and qualities of Kolisi, who led the Springboks to World Cup glory in 2019, the decision is a wise one by the Sharks because it avoids adding another complication to the life of the 29-year-old who seems utterly focused on regaining his best form following a miserable 2020 ruined by injury, Covid and the problems within Westen Province rugby.

“As a leader, Siya chooses himself. We know he’s the best leader in world rugby and he led the country to the World Cup. So yes, it would be easy to make him captain,” Coetzee said on Wednesday at the Sharks’ official unveiling of Kolisi.

ALSO READ: ‘I want to fight for my position’: A fresh start for Siya Kolisi

“But we don’t want to do that at the moment. We want to make an environment here that he can thrive in and put the least amount of pressure on him as necessary.

“And Lukhanyo has done an unbelievable job as captain so that makes the decision much easier.” 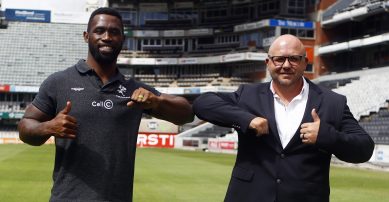 Kolisi pointed to his ball-carrying ability as being an area where he could add to the growth of a Sharks game that he said he already very much admired, having been on the receiving end of it when they beat Western Province at Newlands in the Currie Cup semifinals.

“I am an openside flank but I don’t really fetch, although I do want to contribute to that aspect of the game,” Kolisi said.

“But with ball-in-hand, along with the other strong carriers, that’s where I hope I can add to the team. And I’m willing to do the hard work, clearing the rucks and that, too.

“I’m not scared to do the graft that is not seen.”