Bulls aim to show their strengths away from home, says White

Jake White says the Bulls have been hard at work rectifying some of the areas in which they were exposed on their UK tour. 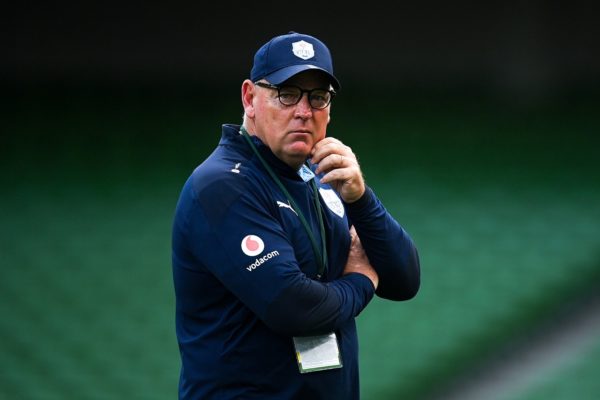 Their troubles overseas may have caused a slight fissure in the Bulls’ confidence and coach Jake White says their crunch United Rugby Championship match against the Sharks in Durban on Friday night will be a real examination of how good the Currie Cup champions really are away from home.

The Bulls have been well-nigh unbeatable at Loftus Versfeld, but they won just one of their four URC matches in the UK and they were beaten by the Sharks in their last visit to Kings Park, in the Currie Cup in August.

White is also expecting the Sharks to field many of their nine current Springboks this weekend.

“It’s going to be almost like playing an international team with nine Springboks, a Scottish international in Dylan Richardson, and Samoan (OJ Noa) and Australian (Ben Tapuai) Test players,” White said on Wednesday.

“So it’s a massive game for us against the strongest possible Sharks team, and it’s away from home. It’s not just another local derby because it comes on the back of two Currie Cup finals we won against them.

“It’s going to be a massive test of whether we are good enough to win away from home against a star-studded team – a great opportunity to see how good we are.”

While White gave his players three weeks off upon their return from Britain because the mental stress of playing so much rugby in Covid bubbles was beginning to tell, he said they had been hard at work since then rectifying some of the areas in which they were exposed on their tour.

“We learnt a lot on tour with different players coming up against us,” he said.

“We thought we were in a good place after the Currie Cup only to find things that really needed to be looked at in our game.

“The breakdown was one, both attacking and in defence, and in terms of attack, we need to develop as a team. We can’t stay in the same groove, we need to work on how we want to use the players in our team.”