The Springboks now have to pick themselves up and prepare for the final match of the series, with everything to play for at Cape Town Stadium. 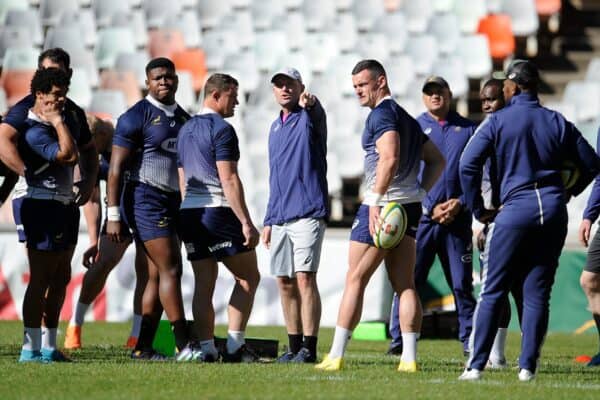 Springbok coach Jacques Nienaber was left to reflect on the lessons learned on a difficult night for the team after Wales clinched a tight 13-12 win at Free State stadium in Bloemfontein on Saturday night.

It was a first ever win for Wales in South Africa, creating a nice bit of history for the visitors, while it also kept the three-match series alive going into the decider in Cape Town.

The Boks will, however, be looking to field a full-strength team in next week’s final Test after their experimental line-up that featured 14 changes to the run on 15 and 19 changes to the match-23, came up just short in a game they probably should have won.

“Both Tests went to the wire. One we ended on the winning side and the other on the losing side. In this game I thought the intensity was there. We had a couple of opportunities in the first half to convert, with inaccuracy costing us,” said Nienaber.

“Then in the second half it was discipline that cost us as we gave Wales a foot in the door which allowed them to get back into the game.

“We said from the start we have a plan for all 42-players and if we have to be open and honest about it we could have gone the conservative route and tried to wrap up the series.”

Nienaber continued: “But if you look at the Test matches this weekend. The Ireland v New Zealand game and the England v Australia one, if we went that route we could have still lost the Test match.

Despite the disappointment of losing to Wales in SA for the first time, the Springboks now have to pick themselves up and prepare for the final match of the series, with everything to play for at Cape Town Stadium.

“You never want to lose. We are playing for something much bigger than just to win Test matches. We play for South Africa, for our fans and we feel we let this phenomenal crowd down tonight by not getting the victory,” admitted Nienaber.