Cape Town City stalled Bidvest Wits' hopes of catching Kaizer Chiefs at the top of the Absa Premiership on Saturday night, with a 2-0 win over the Clever Boys at the Cape Town Stadium. 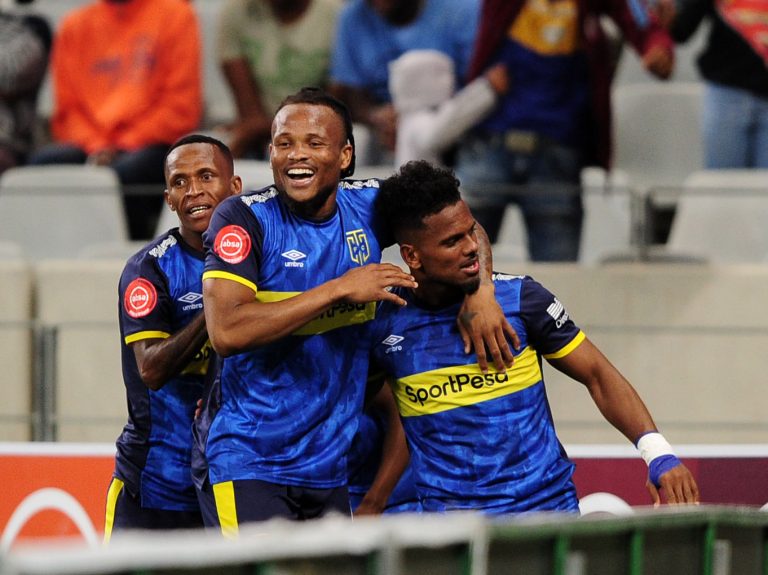 The victory was a much-needed boost for Jan Olde Riekerink’s side, who are looking to clamber away from relegation trouble, after a disappointing season thus far.

Wits had a great chance early on as Deon Hotto broke clear, but his effort was well-saved by Peter Leeuwenburg in the City goal.

City, however, improved after the break, and had a great chance to take the lead when referee Masixole Bambiso awarded them a penalty for a foul by Thabang Monare on Thamsanqa Mkhize. Wits were incensed and Ricardo Goss and Sameehg Doutie could be in serious trouble with the Premier Soccer League after both shoved Bambiso in the ensuing protests.

Goss dived to his left to save Thabo Nodada’s weak penalty, but City did take the lead in the 67th minute, as Taariq Fielies’ long-range strike took a big deflection and bounced back off the post, with Kermit Erasmus on hand to steer in the rebound, for his eighth league goal of the season.

Craig Martin added another for City three minutes from time, but was then sent off a couple of minute later, picking up a second yellow card for a high tackle on Monare.