I had to do the job – Lorch

"Firstly I would like to thank the man above for the talent he has given me, I promise that I will honour it," Lorch told SuperSport TV after the match. 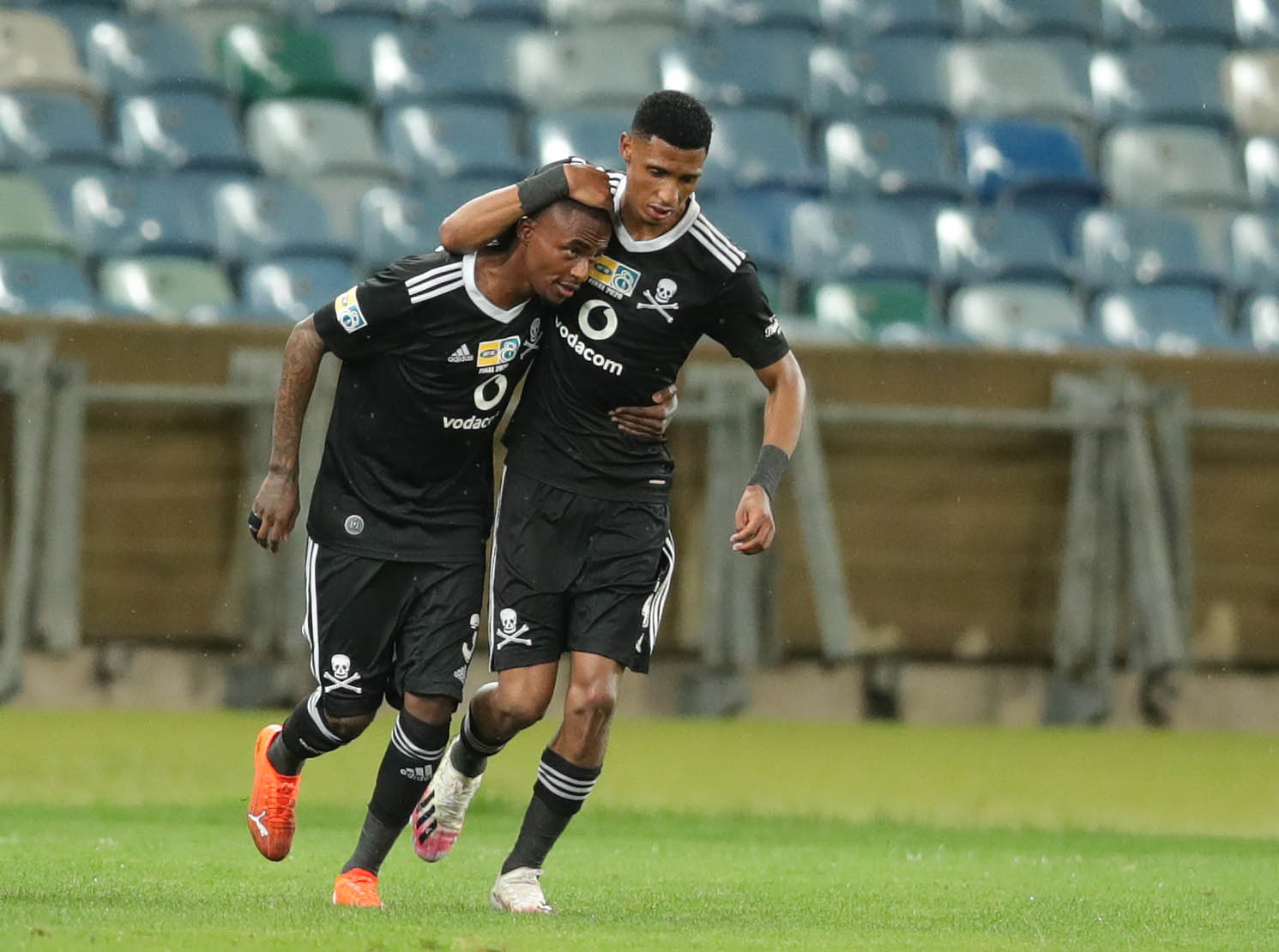 Orlando Pirates winger Thembinkosi Lorch says he has to take the responsibility of scoring goals with the club’s strikers struggling with injuries at the moment.

The Free State-born player has been playing as a forward for the Buccaneers for third time while Terrence Dzukamanja, Gabadinho Mhango, Zakhele Lepasa and Tshegofatso Mabasa are recovering from injuries.

Lorch repaid his coach Josef Zinnbauer’s faith in him after he helped the club beat Kaizer Chiefs 2-1 in DStv Premiership match at the Orlando Stadium last Saturday.

Lorch opened the scoring for the Buccaneers before Siphesihle Nlovu sealed the victory after coming on in the second half, while Chief’s Daniel Cardoso scored the only f the club.

“Firstly I would like to thank the man above for the talent he has given me, I promise that I will honour it,” Lorch told SuperSport TV after the match.

“I’ve been playing as a number nine since the game against Maritzburg United. So the coach told me I have to play there because we don’t have strikers and I had to do the job.

Speaking about their preparations for the game. The Bafana Bafana winger reveals that they learnt that the Amakhosi back four is slow and they worked on how to expose them, which worked out in his goal.

“We’ve been practicing it to play the ball on top because we know that defensively they’re slow, So, that is how it (the goal) came,” he added.

The 27-year old Lorch has scored four goals for Pirates in all competitions so far this season.

His contributions into the Bucs line-up continue to be very vital even when he is playing out of position.

The former South African Player and Player’s of the Season will surely be hoping to build on their winning momentum when they travel to KwaZulu-Natal for a meeting with Golden Arrows on Tuesday.

The teams met a couple of weeks ago and played to a goalless stalemate.