A move from Orlando Pirates to Highlands Park for goalkeeper Wayne Sandilands could be on the cards. 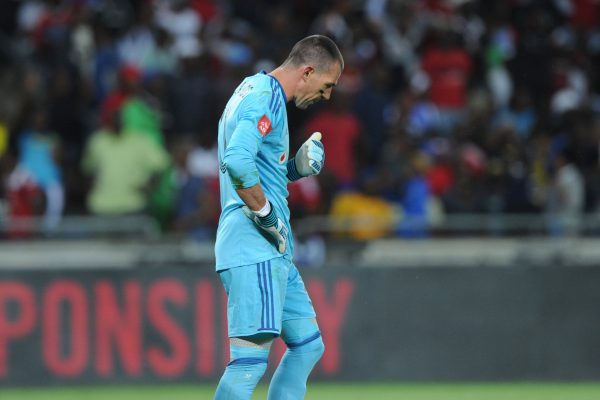 The Lions of the North are already preparing for life in the Absa Premiership having won promotion last weekend and Sandilands has been mentioned as a possible signing.

Highlands boss Sinky Mnisi could not confirm nor deny reports that the club is looking Sandilands, only saying they have already signed some players on a pre-contract in preparation for the Absa Premiership next season.

“All our players have PSL experience, so there is no need to sign a lot of players,” Mnisi told Phakaaathi.

“We have got a few players on a pre-contract already, we need about six more players for next season, then will be okay.

“The coach will come to management and tell which players he wants and will sign them, we will not decide for him. If Sandilands wants a job he needs to come to the office and talk to us and tell us that, he must first talk to the coach, then then coach will decide if he wants him in the team or not. Then we can work from there,” added Mnisi.

ALSO READ: Onyango reveals what was written on a piece of paper by Pitso