Chiefs players must do talking on the pitch – Mphahlele

Mphahlele stressed the need for players to start doing their talking on the field and said their preparations for Saturday's game against Sundowns have been going well. 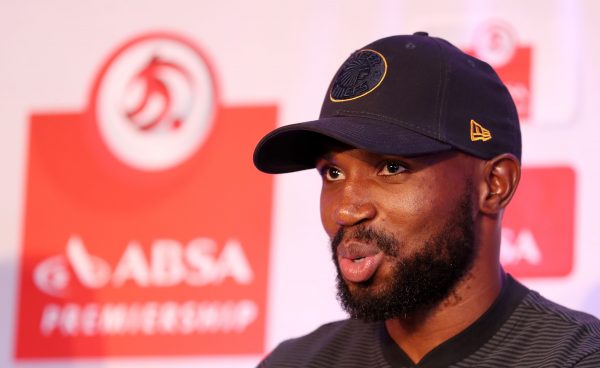 The past three seasons have not borne any fruit at Kaizer Chiefs with the club failing to lift any major silverware, but now defender Ramahlwe Mphahlele is hopeful that the 2018/2019 campaign will bring a change in fortunes for the club.

The team’s failure to win claim silverware saw the club’s supporters show their anger by damaging the Moses Mabhida Stadium and throwing objects at the players last season in the Telkom Knockout semifinal defeat by Free State Stars, a team they will be facing in their quest for a trophy in the new campaign when they meet in the opening fixture of the MTN8 at the FNB Stadium on Saturday week.

“It is very hard for us because we want to win. We’re playing Free State Stars, a very good team with a very good coach. They beat us last season in the semifinal of the Telekom Knockout. And obviously you guys know what happened at the end of the game, we were hit with bottles, chairs and other stuff,” recalled the defender.

“But now it’s a new season, the good thing about football is that it gives you another opportunity to win again. We will give it a go and try to go all the way.”

Before their Wafa-Wafa clash with Ea Lla Koto, Amakhosi face a daunting task in their opening league game.

They take on Absa Premiership champions Mamelodi Sundowns at Loftus Versfeld on Saturday.

Chiefs head into this game with a new coach in Giovanni Solinas who has finally received his work permit and the club said he would be on the bench.

Mphahlele stressed the need for players to start doing their talking on the field and said their preparations have been going well.

“Pre-season is not easy, especially now with a new coach and his philosophy and we are working on improving the team. It’s not going to be easy but let’s see if we can go and get one or two trophies,” he added.

“I think it’s also about time we as players raised the bar. It’s good when we talk about wanting to win, but we have to show it on the pitch.”