Cape Town City coach Benni McCarthy has opened up about Ayanda Patosi's absence from his matchday squad against SuperSport United. 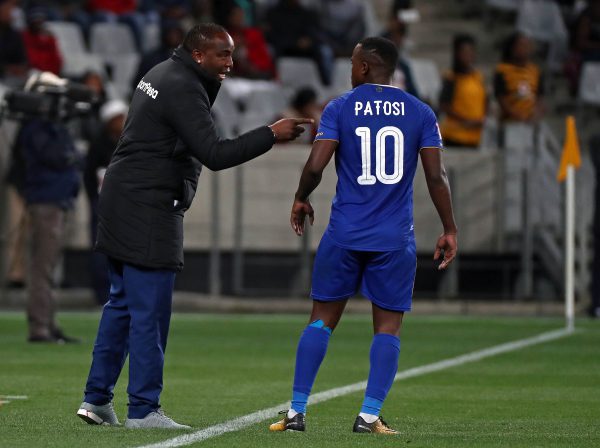 Patosi’s absence from the match squad raised some eyebrows.

“It was just a technical decision, we’ve got a lot of players,” McCarthy told the media.

“Everybody has been pushing really hard and this game needed a high-pressured player and I think Patosi is our luxury player,” he explained.

“He makes us play, scores goals, but I think with the pressing we’ve seen from SuperSport and how they press us, I think he would have (fallen) a bit short, so that’s why we went for someone like Thabo Nodada at 10 which is not his natural position.

“But he gives us that in front when we want to counter-attack and when we win, it is straight in to the Norodien’s and that, and Patosi doesn’t give us that, he makes us play,” McCarthy added.

“So, we just felt that we’ve got Gift, we’ve got Katterega, we’ve got Craig Martin on the bench and it is like for like, you take Nodada out, you bring in Martin he gives you the same high pressing,” he said.

McCarthy hinted that Patosi could return to the squad when City visit Baroka at the Peter Mokaba Stadium.

“The circumstances of the game calls for quick players and Patosi isn’t blessed with pace. But Wednesday it is a completely different team to SuperSport,” he concluded.