City beat the Team of Choice 3-2 at Athlone Stadium on Saturday and a fight ensued after the final whistle. 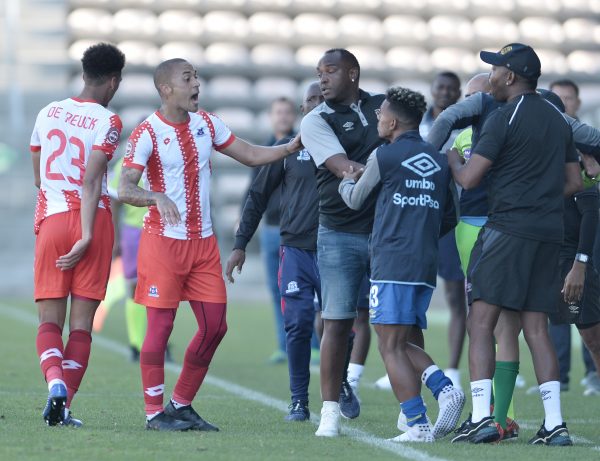 Premier Soccer League prosecutor Nande Becker says an investigation is underway in connection with the fight that broke out between Cape Town City and Maritzburg United after a league game.

The Citizen’s media officer Vusi Ntimane claimed he was called the k-word in the tunnel by someone from the Maritzburg United camp after he tried to separate assistant coach Rayaan Jacobs and United player Rushine De Reuck, which is what led to the fight.

Coach Benni McCarthy said he was only trying to mitigate and didn’t get involved in the scuffle, but he could be charged by the league for his involvement in the brawl after he was caught on video grabbing a United official by the neck.

Becker confirmed he was aware of the incident but says he has not seen the video of the tunnel fight between the two teams.

“I’m getting video clips and match commissioner’s reports and everything like that,” Becker was quoted by SowetanLIVE. “So the investigation in that has already started.”