“Is this normal, to play counter-attack at home?” said Zinnbauer on SuperSport TV after the match. 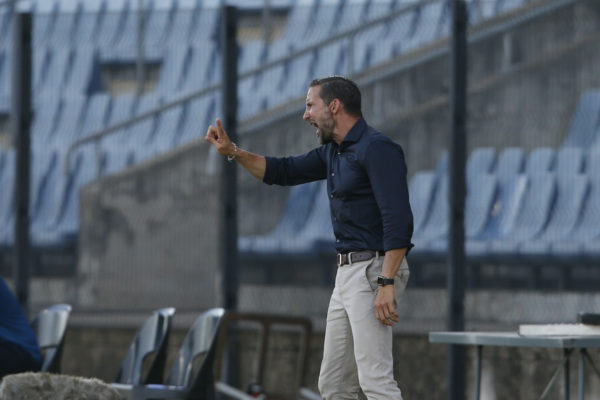 Orlando Pirates coach Josef Zinnbauer says he expects his chargers to give their all in their Caf Champions league encounter. Picture: Rogan Ward/BackpagePix

Josef Zinnbauer hit out at Kaizer Chiefs’ style of play, in the wake of his Orlando Pirates side’s 1-0 loss to Amakhosi in the DStv Premiership at FNB Stadium on Sunday.

Zinnbauer clearly felt Chiefs’ defensive style was not suited to a team playing at home in the derby. Pirates had won the previous three derbies between these two sides in the 2020/21 campaign, and were heavy favourites to take this one, but could not find a way through Chiefs’ rearguard.

“Is this normal, to play counter-attack at home?” said Zinnbauer on SuperSport TV after the match.

“It is not possible for me as a coach, for a home game, that I play a deep block. But they won the game, we go forward … the last three games were got it right but this one we lost … that is football. We wanted to win for our supporters, we had a big chance to jump to second place … but it was not our day.”

Amakhosi coach Gavin Hunt, however, implied that Chiefs played the way they did because they do not have Pirates’ options going forward. Chiefs have a decent injury list, and also a small squad because of a transfer ban that has stopped them from reinforcing at all this season.

“We had to give them space to play in,” Hunt told SuperSport TV.

“We do not have enough of what they have in terms of quality. You do what you have to do, and ride it out, but we had good chances.”

Zinnbauer did criticise his side’s defending for the Chiefs goal, where Samir Nurkovic netted a fine overhead kick, but Pirates should really have cleared the ball before he got the chance.

“We let the game, we controlled the game, and we made one mistake. We know about set pieces, and corners and the second ball, one second you are not ready and they score.”