Mthethwa spent last campaign at the Eastern Cape outfit, and the club says they are happy to have him back, 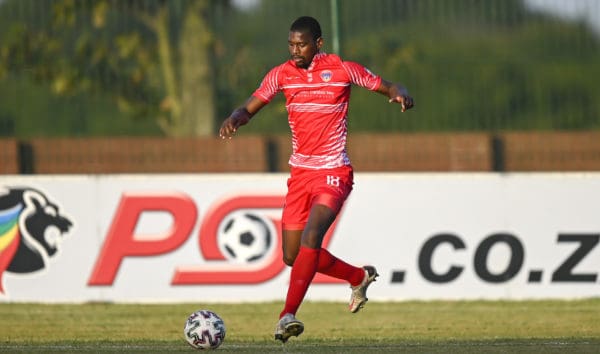 Orlando Pirates have once again sent defender Sandile Mthethwa on loan, with Chippa United confirming they will be retaining for another season.

The Chilli Boys made announcement across their social media platforms on Thursday.

Mthethwa spent last campaign at the Eastern Cape outfit, and the club says they are happy to have him back, with new coach Gavin Hunt also rating the player highly.

“We’re delighted to announce that Sandile Mthethwa has rejoined the club from Orlando Pirates,” Chippa made the announcement on their social media platforms.

“Sandile Mthethwa is a great addition to our current squad, a top defender, hugely popular & puts his heart and soul into every game. It is so good to have him back.

Mthethwa, who was promoted to the Bucs senior team back in 2016 has not been able to crack it at the club, spending most of his time on loan.

The former South African national Under-20 and Under-23 player’s first loan stint as a senior player was at Richards Bay United, in 2017, which was followed by another stint with the lower league side in 2018.

Mthethwa began his time with the Chilli Boys in 2019, followed by another one in 2020 and now he is currently on his third stay with the club.

The defender spent the entire pre-season with the Buccaneers, even featuring for the club in their opening game of the season when they lost 2-1 to Swallows FC in the MTN8 Cup.