'We did everything bar hit the back of the net,' said the Cape Town City head coach. 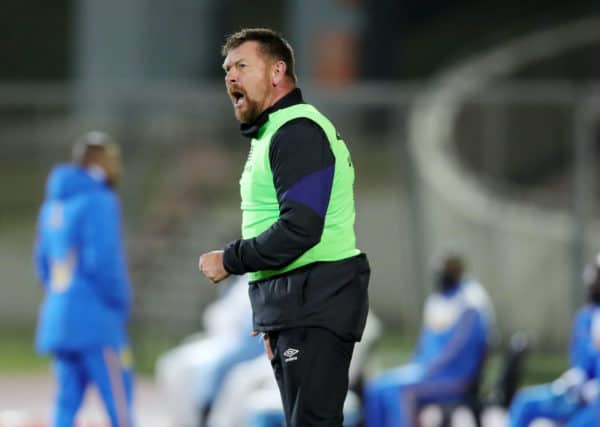 Eric Tinkler felt his side should have won comfortably against Swallows. Picture: Samuel Shivambu/BackpagePix.

Eric Tinkler believes his Cape Town City team should have walked away with a healthy lead from their MTN8 semifinal first leg against Swallows FC on Sunday.

The game finished goalless but it wasn’t for want of trying from either team, especially from the home side, who hit the post, while Birds goalkeeper Virgil Vries was also in fine form.

“It was a very dominant performance,” said Tinkler after the match.

“We knew Swallows were going to be very difficult in terms of how they play, their formation, and how they utilise their full backs to come inside. So we changed our formation slightly … we tried to be a bit brave … I thought we created so many chances, we did everything bar hit the back of the net. We hit the post, their goalie made a few saves, there were clearances nearly off the line.

“I thought it was a dominant performance and the only real time they caused a threat was on the counter. At half time we rectified that, we didn’t play a natural holding midfielder and we asked Mdu (Mdantsane) to do that. Then they were only going long, looking for (Keletso) Makgalwa and he could have stolen it right at the death,” admitted the City coach.

“I thought the players adapted to the system well, and we kept a clean sheet, but we should have won comfortably.”
Swallows head coach Brandon Truter, however, saw the game rather differently.

“I think the first 45 minutes was end to end, both teams looked very good and had chances, but based on chances created, I think we had the upper hand,” said Truter.

“We created a bit more clearcut chances. Even in the second half we came out and created the first chance, with a 3 on 1 with (Ruzaigh) Gamildien and (Dillon) Solomons. That was out problem in the first and second half, our decision making in the final third, our decision making on counter attacks. We were good defensively, but from about the 65th or 70th minute our legs did go.

“We travelled back from AmaZulu in midweek and then had to go to Cape Town. The preparation for this game didn’t go as smoothly as we would like. But we managed to open them up in moments, and even at the end Keletso had a chance to sneak a goal.”