Mokwena to Broos: Why is Lakay not playing for Bafana?

'When I watch Bafana I see Evidence Makgopa and Hlongwane up front and then I see a right-footed full-back at left-back,” explained the Sundowns co-head coach. 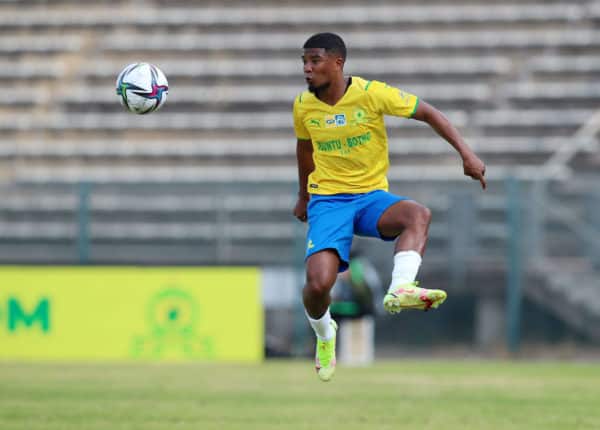 Lyle Lakay has starred for Sundowns again this season, but can't get in the Bafana squad. Picture: Muzi Ntombela/BackpagePix.

If you look around for a quality left-back in the country, you are unlikely to find many better than Mamelodi Sundowns’ Lyle Lakay, who also doubles up as a winger.

ALSO READ: No rest for the winning, says Mokwena, as Sundowns continue to thrive

However, Bafana Bafana coach, Hugo Broos would rather play a right-back on the left side of defence, which is something he justified but not many can comprehend, one of those being Downs co-head coach Rulani Mokwena.

The Sundowns coach believes Lakay should be in the squad as he was left out from the team that drew blanks with Zimbabwe and beat Ghana 1-0 in the 2022 Fifa World Cup qualifiers earlier this month.

“I watch Bafana games, I watched the entire Cosafa Cup and why do I think Lyle should be in the Bafana team? It is because when I watch Bafana I see Evidence Makgopa and Hlongwane up front and then I see a right-footed full-back at left-back,” said Mokwena.

Lakay is not the only player Mokwena is crying out for. He’d love to see Mosa Lebusa in the squad and more of his players in the national team set-up as the inclusion of Rushine De Reuck, Thapelo Morena and Mothobi Mvala is seemingly not enough.

“We respect the Bafana coach, he has got to make his own decisions and he has got his own job to do. Can you imagine over 50-million people who have opinions about who should be in the Bafana team?” added Mokwena.

“I am a football coach and I know what it is like to be put in a position where you are under a lot of scrutiny to play certain players but if we speak on merit and having the best players representing the national team then for sure,” said Mokwena.

He adds: “Without being biased, but if you ask me about any Sundowns player, the first answer will be yes because we have to look after the interest of our own players. We want them to be exposed to the national teams and that is why we sign the best players in the country. When you have the best players in the country you expect to go into the Fifa break without any player left behind.”