Chiefs are ‘fearsome and can hurt any team’, says McCarthy

AmaZulu and Chiefs are set to meet at Kings Park Stadium on Saturday. 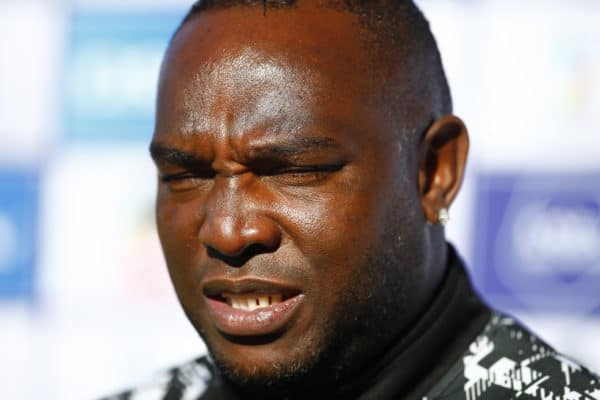 AmaZulu FC coach Benni McCarthy knows how punitive their next DStv Premiership opponent Kaizer Chiefs can be on their good day.

And with the history between the two sides favouring the Soweto side, it is easy to understand McCarthy’s standpoint ahead of Saturday afternoon’s match at Kings Park Stadium in Durban.

McCarthy says when he saw the fixture list, he knew they would have to box cleverly to avoid overexertion, yet ensure they also don’t fall too far behind.

Having had a slow start, Usuthu look to be picking up a little now and the win in their last outing where they beat Baroka FC has come at the right time.

“It is a morale booster because when we received the fixture schedule we saw Cape Town City, Mamelodi Sundowns, Swallows, SuperSport United, Golden Arrows, Baroka, Kaizer Chiefs… We said ‘ooh, it looks like they want to send us to our deathbed very soon’.

“But we persevered and we got the results. There were also results where we felt we came a little short as we could not get the full points…

“The teams we started against are the ones who will be around us, teams who will be in the top eight. When you don’t lose against these teams you give yourself a chance and when you win one game and you go from 13 to seven, that’s a massive jump.

“It shows how important the three points are and we have tasted that and now we want to continue and not let that momentum go to waste. We are finding our groove but we are up against a fearsome team with incredibly good players and on their day they can punish and hurt anyone,” said the former Bafana striker.

“At this stage in the league, every game is a big one. Every team shows the quality and calibre that they are. When you prepare, you prepare for a big one.

“Chiefs naturally in South Africa is a big one, but we prepare the way we prepare for every single match,” said McCarthy.

“We try to focus on ourselves more, fix what we need to fix in order to get back to our best where we are most in control of games. That’s what we work on. But we do study the opponent although we do not worry too much about them to make sure we don’t play into their hands or to their strengths.

“Not disrespecting anyone, but when it comes to us, if we do what we have to do we know that the opponent is in for a tough time.”