'While the pit bulls bit Lucky, the men kept on throwing stones at him,' Maselesele's aunt told scrolla.africa. 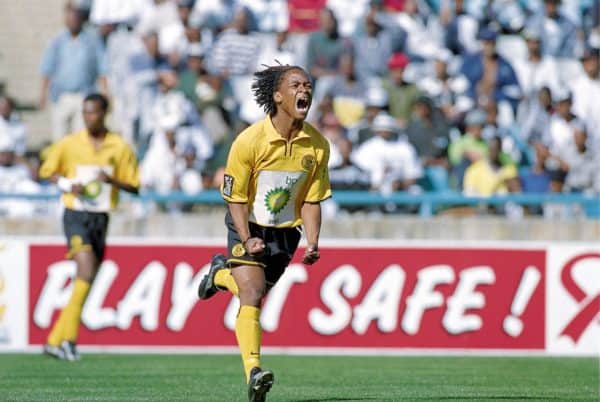 Former Kaizer Chiefs winger Lucky Maselesele was murdered on Wednesday after a mob attacked him with bricks and set pit bulls on him, according to a report by scrolla.africa.

News of Maselesele’s passing at just 41 years of age broke on Friday evening and reports of a gruesome murder emerged over the weekend, with City Press reporting that Maselesele was allegedly killed for stealing electricity cables in Alexandra, Johannesburg, where he lived.

“We don’t know the motive of the attack, because no one has come forward to us to tell us why he was attacked,” she said.

“Most of the bricks landed on his head and it looked crushed and swollen when we went to identify it at the Hillbrow government mortuary.”

. “They left him on the road and while he was trying hard to get help and be rescued.

“But the men brought two pit bulls and unleashed them on him.

“While the pit bulls bit Lucky, the men kept on throwing stones at him.

“When the ambulance arrived with the police, he was certified dead on the same spot.”

“It’s alleged that the deceased was accused by the community of stealing electricity cables in the area. He was certified dead on the scene by the paramedics,” said Masondo.

Tributes poured in for Maselesele, who was a member of the South African Under-20 squad that played at the 1997 Fifa Under-20 World Cup, and who went on to sign a professional contract with Kaizer Chiefs for the 1997/8 season.

He is probably best known in an Amakhosi shirt for scoring winning goals against Orlando Pirates in the Vodacom Challenge and Telkom Charity Cup.