"We were not aggressive enough," said Maleka after the game. 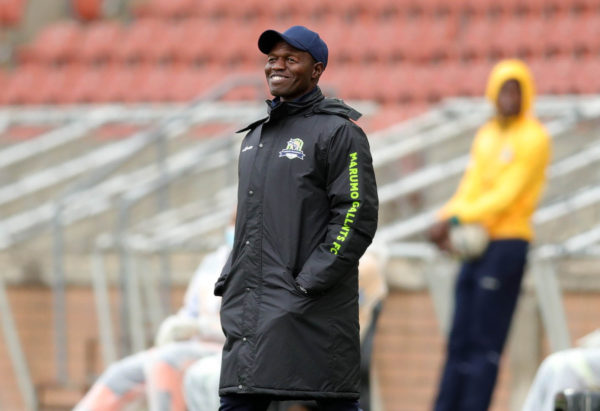 Marumo Gallants had another dry run in the DStv Premiership on Wednesday afternoon losing 1-0 to high flying Stellenbosch FC.

The result keeps the Limpopo side second from the bottom of the standings with just three points after eight games.

Surprisingly, Gallants have done well in the Caf Confederation Cup where they managed to get past credible opposition like AS Vita Club of Congo DR to get into the group stages.

Gallants coach Mpho Maleka admitted his team didn’t do enough to win against Stellies on Wednesday.

“We didn’t start the game the way we had planned, and with the positional switch you get strength and once you work on it you have something to work with. But we failed at that and that boils down to discipline.

“We were not aggressive enough. We didn’t play our short forward passes like we always do. We highlighted this at half time,” added the Gallants mentor.

“Maybe it was not meant for us to win this game because for you to win a match you must start doing the right things from the first whistle. You must show hunger from the word go.

“We didn’t have that. Stellies were coming from consecutive wins and showed more hunger than us. They wanted it most compared to us. But there are some positives.

“Once this team starts to play you can see a difference. In the second half we saw the difference, unfortunately the ball just could not go into the net. That is the disappointing part because we had been scoring in the last three matches.

“We have to keep our heads up and soldier on. We have to work more on what needs to be done and we cannot wait too long.”

Gallants’ next game is a tricky one against AmaZulu away next Wednesday.