Chippa have not been able to register a win in their last eight games. 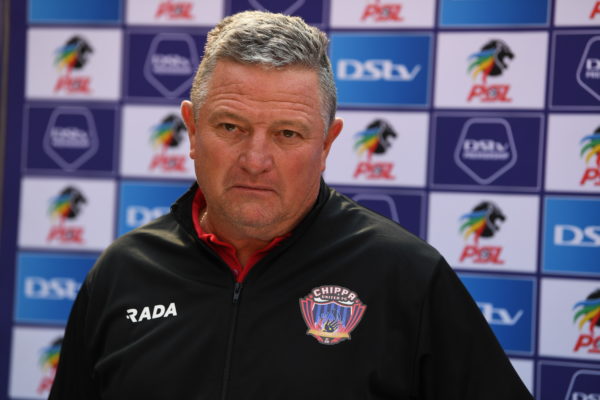 Following a spell of poor results from Chippa United, a question on everyone’s lips is whether Siviwe “Chippa” Mpengesi will be showing Gavin Hunt the exit door or let him continue with his duties.

Hunt’s Chippa have not been able to register a win in their last eight games, and knowing exactly how negative results don’t sit well with Mpengesi, it’s surprising that the former Kaizer Chiefs and Bidvest Wits mentor is still at the helm of the Eastern Cape outfit, looking at how the Chippa boss has dealt with underperforming coaches in the past.

This season, Chippa have lost five games, drawn three and won just once with their only win so far being their first game of the campaign when they edged Sekhukhune United 1-0.

In their recent DStv Premiership fixture, Hunt and his Chippa charges lost 1-0 to a Cape Town City side at the Cape Town Stadium, with the Mother City based outfit getting a goal in the 89th minute to walk away with maximum points following their loss in the MTN8 final.

The loss to City didn’t sit well with Hunt and the 57-year-old coach believes his side could have gotten something from the game, especially after creating plenty of goal-scoring chances.

“I thought we had some unbelievable chances, they only had two in the whole game and they scored one in the 90th minute. We had unbelievable chances again inside the box. This is disappointing because it could have been (a positive result for us)…we had a lot of opportunities before that (the Cape City goal), so it is a problem for us,” said the dissatisfied Hunt.

The Chili Boys have so far accumulated six points in their last nine games in the league and they sit in 14th place on the log, and only three points separate them with bottom-placed Marumo Gallants.