'We urge for the dismissal of this purported protest with a punitive fine and a huge cost,' say the Ghana Football Association in a letter to Fifa. 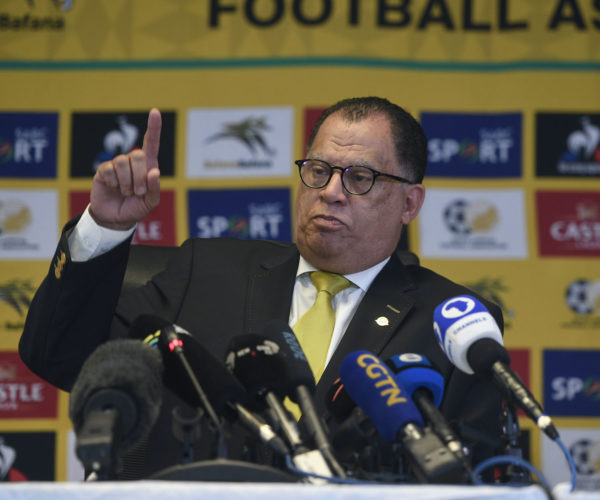 The GFA argue that Safa did not comply with several of Fifa’s own rules regarding official complaints, and have called Safa’s protest a ‘fool’s errand’ and ‘a hoax.’

Fifa announced this week that Safa’s protest will be heard on Tuesday, and Safa held a press conference on Wednesday in which former referee Ace Ncobo claimed the performance of referee Maguette Ndiaye and his assistants showed a clear pattern of bias. Ghana won the match at the Cape Coast Stadium 1-0 to progress to the final round of Fifa World Cup qualifying.

Safa want the match replayed, and have also called for Fifa to investigate any suspicious betting activity around the match, but the GFA, invited by Fifa to respond to Safa’s complaint by November 20, have now done so in a scathing letter.

The GFA say Safa did not follow Fifa’s own rules in the manner of their complaint, and that it should therefore thrown out before any investigation can take place.

In a strongly-worded argument, they point to Fifa’s rules as saying a complaint needs to be lodged in writing to the match commissioner after the match, and that Safa only made an oral complaint; that a written complaint needs to be sent to Fifa within 24 hours of the end of the game, which they say Safa also did not do, while they also say Safa have not paid the requisite 1000 Swiss Franc protest fee.

“In sum, the purported protest of the South African Football Association is a hoax and an attempt to bring the brand of the World Cup into disrepute and shame,” concludes the letter.

“It is our considered position that the purported protest lacks merit and was instituted without evidence or grounds whatsoever and serving only to cause annoyance to the Ghana Football Association and to tarnish the good image of the World Cup and the Black Stars.

“We urge for the dismissal of this purported protest with a punitive fine and a huge cost.”

The full GFA letter can be read here