‘When a team does well, individuals shine’, says Dolly on his PoM award

'Credit should go to my teammates, the technical team, everybody at Chiefs for helping me,' said the Amakhosi midfielder. 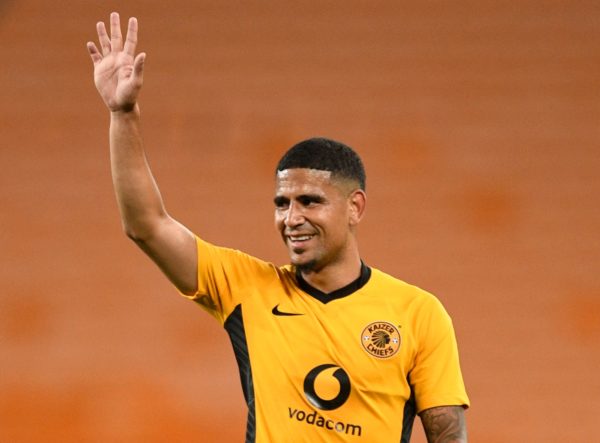 Kaizer Chiefs midfielder Keagan Dolly walked away with the Player of the Month and Goal of the Month awards for the month of October/November. Picture: Sydney Mahlangu/BackpagePix

Without a team, an individual player is nothing. That is perhaps the easiest way to sum up Keagan Dolly’s ‘thank you’ speech after he was announced as the winner of the PSL Player of the Month for October/November on Thursday afternoon.

Dolly took both the PoM and Goal of the Month awards at the PSL’s monthly gongs shindig. The former Mamelodi Sundowns star has been a marvel to watch since returning from his stint in France.

He has been the focal point of Chiefs resuscitation under Stuart Baxter’s guidance in his second stint at Amakhosi. Dolly has been so important to the team’s run which has seen them rise to second spot at some point that some have said the team struggles when he is not available.

“I am obviously very happy to get the Player of the Month (award)… It’s been a very long journey for me coming from not playing as much, not being fully fit,” said Dolly.

“But credit should go to my teammates, the technical team, everybody at Chiefs for helping me. Without my teammates, technical staff and supporters pushing me everyday I wouldn’t be able to get this award.

“I think for me it is just to keep working hard each and every day to keep ontrying to help the team succeed. But I think we have been doing well and we are gelling well as a team.

“We have been winning games which is the most important thing and I have always said that when the team does well the individuals stand out. Luckily enough, this time around it is me.

“I feel if we continue working hard and winning games, a lot of the other guys can also stand a chance to win these kinds of awards.  I share this award with everyone at the club.”

Dolly has however not been in Action in December with Amakhosi unable to honour their DStv Premiership fixtures due to a crippling Covid-19 outbreak at Naturena that has seen 36 positive cases so far according to the club.

Chiefs did not show up for both their games against Cape Town City last weekend and Golden Arrows on Wednesday. Their no-show has put the spotlight on the PSL with some questioning their rules on the spread of the deadly virus which has claimed millions of lives across the world.