A Phakaaathi source has revealed that SuperSport have effectively started looking at possible candidates should the need to release Tembo from his duties arise. 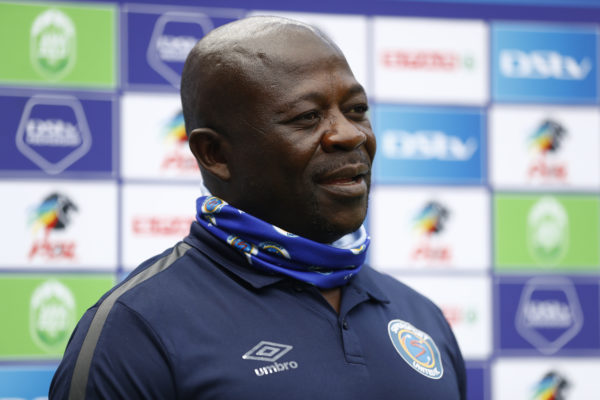 Kaitano Tembo, head coach SuperSport United says he would like his side to finish in the top four. Picture: Steve Haag/BackpagePix.

Kaitano Tembo could be shown the door at SuperSport United following a string of unsatisfactory results that have left the club management unhappy.

A Phakaaathi source has revealed that SuperSport have effectively started looking at possible candidates should the need to release Tembo from his duties arise.

“They have been supportive in every way they could, but things are not changing and in fact are getting worse. They are worried the club is losing he momentum it was gaining and becoming a respectable brand. It is now back to being just another team,” said the source.

He further revealed that Tembo had been called to a special meeting on Thursday morning but was not sure what it was about.

“I think it is obvious because it has been no secret that things are not going well, maybe they will be fair and let him know that they are already looking for someone else so he can also start looking. Or he could just be released, no one knows, this is football and things change so fast,” said the source.

Tembo has been with Matsatsantsa for the past three years after taking over when Stuart Baxter left for Bafana Bafana.