Has Benni McCarthy lost the dressing room at AmaZulu? 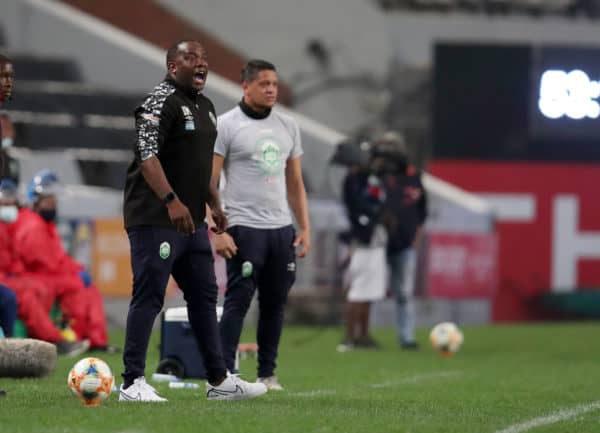 AmaZulu coach Benni McCarthy is said to have lost the change room at the club and there are a lot of unhappy players.

A source said McCarthy’s frequent outbursts and public criticism is what had brought about the unhappiness at AmaZulu.

McCarthy had a wonderful run in his first season at the Durban club, turning them into a formidable team who challenged Mamelodi Sundowns for the league title last season. But with expectations having built up for this season, Usuthu have had a rather disappointing start.

“Every time the team doesn’t do well he blows a gasket. He just has a go at the players, some of whom are seniors, and they feel disrespected when that happens. That is actually one of the reasons Shabba (Siphiwe Tshabalala) left the team. Benni would say things like he ‘doesn’t play names, even if you were a star in 2010 here you have to work because your name will not get you into the team’,” said the source.

Meanwhile, Sources close to AmaZulu captain Makhehleni Makhaula have revealed that the midfielder’s bachelor life is over, as he prepares to wed his girlfriend.

It is said that Makhaula has already sent his uncles to his long-standing girlfriend, whom he has a child with, and lobola has already been paid. According to the sources, Makhaula is very happy to finally get to marry the woman of his dreams, who has been with the midfielder before he even turned professional.

“We are preparing our suits, but the date is not yet finalised. What I know is that it’s possible that the wedding might happen some time during December, or early next year. But everything has been settled, the negotiations, the lobola etc. We are just waiting for the date. He is very happy to be taking this next step in his life,” said the first source.

The other source added that it was about time the Usuthu skipper tied the knot. And he believes that the marriage will help him grow as a human being and his career as a footballer.

“I don’t want to generalise, but you know a lot of footballers do a lot wrong because they live a life of being a bachelor and they don’t start their own families. They get up to a lot of things because they don’t have responsibilities and that is when you see a lot of them hanging up their boots and ending up having nothing to show from professional soccer,” said the source.