Monare leaves Pirates after just two seasons with the club. 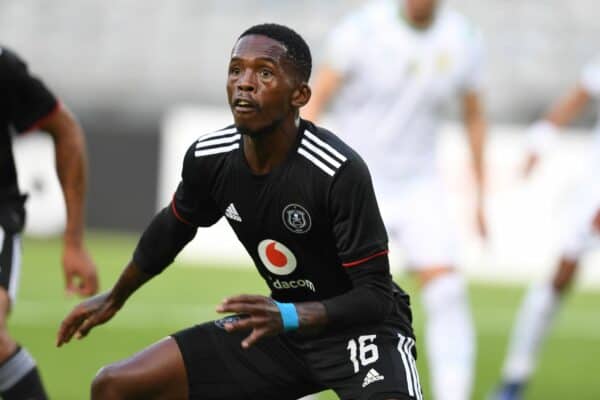 Thabang Monare’s Orlando Pirates exit came after negotiations with the club went all wrong, with a lot of disagreements, claims an insider at the club.

According to a source, Monare, 32, was offered a one-year extension to his contract with a salary cut, but the player and his representative were not happy with the deal.

.
“Look, I know a lot of people are wondering what happened with Monare or why the club decided to release him,” a source told the Mgosi squad.

“It’s a huge surprise because he was a key player at Pirates. But, you know football is a business which comes with negotiations and all of that. If one party is not satisfied then there is no way that the deal will go through.

“Apparently he was being offered a season long deal and his salary was about to decrease, but he was not happy with that.

“He wanted more and felt that it was unfair for him to be given that deal. But, the Pirates board thought otherwise because they are looking at adding some younger players in the squad who will be at the club for a long time.

“There are still more surprises to come, people will be even more shocked with some of the decisions. But the guys at the top know what they are doing.”

Monare joined Pirates from Bidvest Wits in 2020. He made 24 appearances for the club in all competitions last season, but was also constantly bothered by injuries.

Given his experience, however, and the fact that he comes as a free transfer, there are likely to be plenty of clubs interested in his services ahead of next season.