Ex-Pirates defender among those trying their luck at Swallows

“Kwanda is at Swallows and has been training with them since the preseason camp started," says a source. 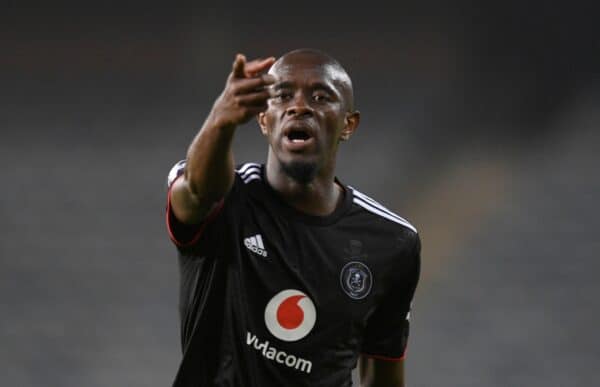 Former Orlando Pirates defender Kwanda Mngonyama is among the many players who are trying their luck and hoping to land a contract at Swallows FC.

Mngonyama spent just one season at Pirates and was released at the end of last season after failing to make an impression. Also, Pirates signed Tapelo Xoki and Nkosinathi Sibisi adding to Happy Jele and Olisa Ndah at central defence.

Mngonyama and Ntsikelelo Nyauza were released to make space for the two defenders from AmaZulu and Golden Arrows. Nyauza has been linked with a move to newly promoted Richards Bay.

“Kwanda is at Swallows and has been training with them since the preseason camp started. But it might take some time before he gets a contract because the club is tying up a few loose ends and they are yet to release anyone.

“They are also still waiting to see if they will get back any of the players they had on loan last season from their parent clubs.

“Once all that has been sorted, then they will consider making signings. But it looks good for Mngonyama because Swallows were thin at the back last season.

“His experience works in his favour but we will see what happens. There are a lot of other players there but I will update you if I hear of any other notable player,” said a source.

Swallows survived relegation through the then GladAfrica Championship (now to be called the Motsepe Foundation Championship) playoffs where they won the three-team mini league on the last day against University of Pretoria.

The Dube Birds are also reportedly still in negotiations with coach Dylan Kerr over a possible extension of his contract. Swallows boss, David Mogashoa has previously indicated that they would like to keep the British mentor.