Kotzen and Yeni team up for some value at Greyville

Nathan Kotzen first noticed Muzi Yeni when the diminutive fellow was an apprentice jockey in the early 2000s and introduced him to the famous stable. 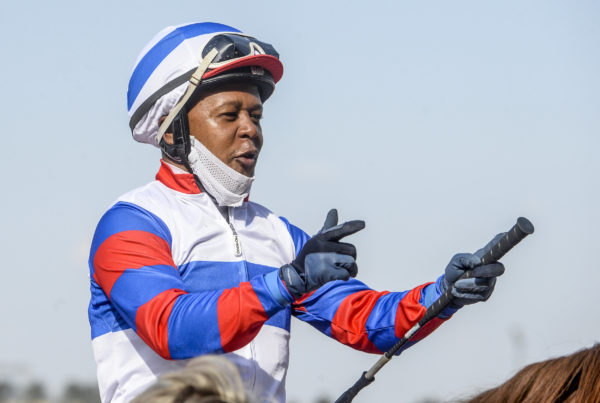 Trainer Nathan Kotzen and jockey Muzi Yeni have a long-standing and successful partnership and they offer some decent value bets at Monday’s meeting on the Greyville Polytrack.

It’s not an easy card to negotiate, but the Kotzen-Yeni team could show the way for braver punters. In particular, Tiger Tank in Race 5 and Futuristic Dame in Race 6 seem to be on the cusp of their next wins.

Kotzen, a sometime assistant trainer to the great Mike de Kock, first noticed Yeni when the diminutive fellow was an apprentice jockey in the early 2000s and introduced him to the famous stable.

It was all the break the fiercely determined rider needed. He got his first winner in his 12th career ride – for De Kock. He and Kotzen stayed fast and this season have an excellent record of around 50% in prize money when teaming up in KwaZulu-Natal, where Kotzen is based.

Yeni also gets on pretty well with four-year-old Tiger Tank, who he partners in Monday’s fifth race, a MR72 Handicap over 1800m. He has ridden the colt four times for a win, two seconds and a third – which just happen to be the horse’s best four career performances overall.

Tiger Tank has a moderate record from his five Polytrack starts, which is a bit of a concern, but his last effort on the surface – with Yeni aboard – was a good third place after he was nabbed close home by pursuers over 2000m. This 1800m should, therefore, be just right, according calculations on paper – and a No 1 draw boosts his chances further.

Mambo Symphony broke a lengthy winning drought last time out for the Garth Puller stable and would seem to be the biggest danger to Tiger Tank, while Dennis Bosch’s Higher Purpose tries extra ground for the first time and could surprise.

In the next event on the programme, the sixth, an FM77 Handicap over 1600m, Kotzen and Yeni go into battle with Futuristic Dame, a four-year-old filly with two wins to her credit.

This daughter of Master Of My Fate showed how much she liked her new home in KZN after she was transferred from Cape Town during the pandemic shutdown of racing. She won on debut for Kotzen and has subsequently maintained good form over several months – including notching another win and a couple of places with Yeni.

Last time out, when drawn in the sticks and getting a bump early on – she rallied up the tough Scottsville stretch to finish within four lengths of the winner.

Again, a Puller charge, Wishful Girl Linn, is the main competition after two wins on the trot over this course and distance.