Nelli's father Moses Tembe also said that Anele was full of life, and emphasised that she was never suicidal. 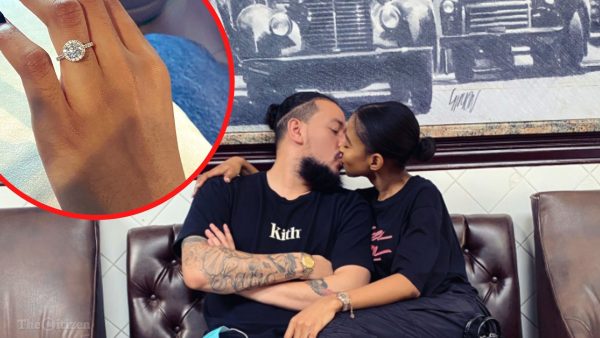 A memorial service was held on Friday morning at the Durban International Conference Centre for the late 22-year-old Anele “Nelli” Tembe who passed away in the early hours of Sunday morning.

Reports have suggested that Nelli’s passing may have been suicide, as she apparently fell from the 10th floor of the five-star Pepperclub Hotel in Cape Town.

The incident took place the morning after she had accompanied her rapper fiancé AKA to a performance at the well-known club.

Anele’s obituary was read by a family member, Zama.

The obituary painted Anele as an exceptional former student, having participated in soccer, ballet, ice-skating and many other sport activities.

Anele also went to the Jackie Cameron School of Food & Wine, where she qualified as a chef.

“Anele was also blessed with excellent culinary skills which the family noticed from a very young age.” read Zama.

During the virtual service, Anele Tembe’s father, Moses Tembe spoke on Anele’s life and relationship with AKA.

“I have always been happy with my daughter, and even when she introduced us to Kiernan, I was very happy for her. I approved of their choices,” said Moses.

Moses also said that Anele was full of life, that she was never suicidal, and no one in the family would have ever associated her with being suicidal.

Moses said: “until she turned 21, Anele wouldn’t consider taking her own life as a solution.”

Moses proceeded to speak on the lifestyle that Anele was living before her passing, and blamed drugs and alcohol for the incident that took his daughter’s life.

“I know the pain that you are in my son. I invite you to turn to the Lord and you will become a better man,” said Mr Tembe while ending his tribute.