Steve Hofmeyr’s tribute song to Theuns Jordaan, which contains a voice note from the late singer to Steve, has garnered criticism from many. 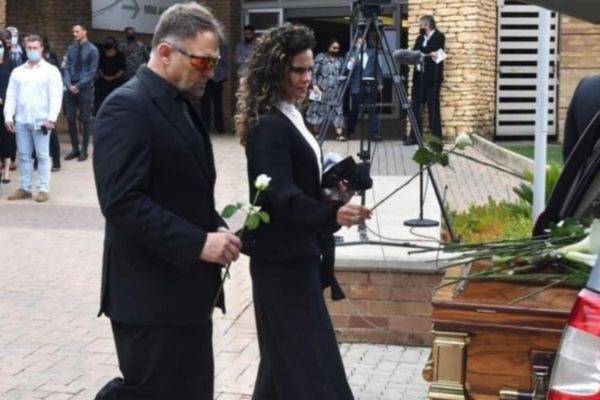 This follows criticism from the likes of Dozi, Zelda La Grange and Ilza Roggeband, a close friend and also Theuns’ decades-long spokesperson. Roggeband told Netwerk24 that she has only one question that she would like to ask Hofmeyr: “If the roles were reversed, would Theuns have done the same to you?”

“How is it possible that Theuns’ funeral has developed into a competition,” Hofmeyr writes in his latest Facebook post. The singer says somehow it has become a competition of who knew Theuns the best and who would have the best guess as to how Theuns would have liked his funeral to go down.

“The only singer complaining about Sing dan in die hemele, is the singer who, when he could choose, chose his own music,” writes Hofmeyr.

He then continues to say that his guess is that Theuns is now sitting back, giggling about everyone wanting to have a say about everything, saying: “You know…”

Dozi told Netwerk24 that he did not necessarily have a problem with the song, but rather with the fact that Hofmeyr used Theuns’ private voice note in the song.

According to him, he also received voice notes from a very ill Theuns Jordaan and that it was sent in the “spirit of privacy between two friends who loved each other dearly”.

He says he would never violate that privacy. Dozi sang his song, Grassade, at the funeral and says he knows that Theuns loved the song.

Hofmeyr’s Sing dan in die hemele has had nearly 670,000 views on YouTube and thousands of mostly positive comments have been streaming in on Facebook. The video has been shared on Facebook nearly 10,000 times.

Hofmeyr was one of the casket carriers at Theuns’ funeral. In an earlier post, he said: “Us singers, friends of Theuns, checked each other out long and hard at the funeral last Friday. Call us ‘those remaining’. Because who is next? And, will we be caught off-guard again? And, will we ever appreciate each other enough?”

He refers to other legends from the industry, including Lance James, Dawn Lindberg, Shaleen Surtie-Richards, Ben Kruger and Lieb Bester, saying together with Theuns we’ve had to greet them all in a short time. “In a small industry, it is a bitter pill to swallow.”