UPDATED: Nissan South Africa has confirmed that the Navara, and not the next generation out in 2022 as previously reported, will initially made in Mexico and Thailand before coming to market next year sourced from the Rosslyn Plant outside Pretoria. Final specification will only be announced closer the local launch date.

Leaked last month in a series of spy images, Nissan has now officially unveiled the heavily updated D23 Navara in Australia and Thailand that South Africa will be receiving next year.

Set to provide the foundation for the American market Frontier, the latest and most extensive refresh to the now six year old Navara sees it adopting a front facia design similar to the Titan and Titan XD in the form of a more upright grille and new bumper, restyled bi-LED headlights, a new windscreen and more prominent wheel arches. At the rear, the redesigned bumper gets an integrated step, while the tailgate is new and the taillights upgraded to appear more like those of the Titan. 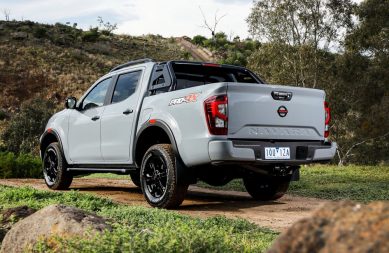 Underneath its muscled-up skin, a new steering rack has been fitted, together with a reworked rear suspension taken from the discontinued Mercedes-Benz X-Class contrary to previous reports, and more sound deadening materials added. A limited slip differential is standard on four-wheel-drive models with the claimed towing capacity remaining unchanged at 3 500 kg. 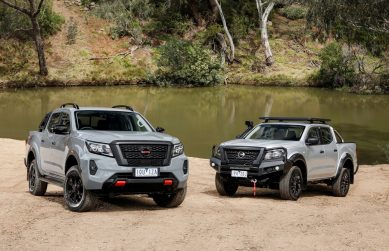 Inside, the updates are comparatively minor and limited to a new D-shaped steering wheel, a seven-inch TFT instrument cluster display, an eight-inch as opposed to seven touchscreen infotainment system with Apple CarPlay and Android Auto, new front and rear armrests, a pair of type-C USB ports and in the case of the Pro-4X, unique leather upholstery with red stitching. 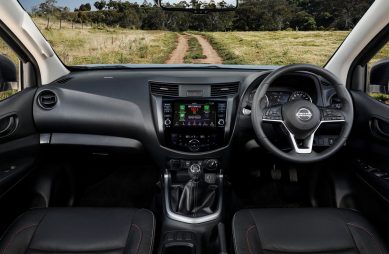 As expected, no change has taken place underneath the bonnet where the 2.3-litre turbodiesel engine produces 120kW/403Nm in single turbo form and 140kW/450Nm with the addition of a second blower. Transmissions are also carried over and include either a six-speed manual or a seven-speed automatic with a choice of rear-or-four-wheel-drive.

Final specification and likely pricing will be announced later this afternoon (5 November).