WATCH: Zebra tries to kill foal while mother fights back

After a long battle between the male, mother and foal, the zebras disappeared behind the trees. The video filmed by Daniel Tjärnén, a railway worker, describes the moment as a “once-in-a-lifetime sighting”.

WARNING! THIS VIDEO IS NOT FOR SENSITIVE VIEWERS:

He said to LatestSightings.com: “We were driving up to this waterhole, hoping to get some good sightings and especially hoping to see some predators.”

“As with mother nature, trying to predict what you’ll see in the bush is never easy.

“Most often than not, you are way off! Instead of predators, we saw this dazzle of zebras drinking from the waterhole. We suddenly noticed that the one zebra was actively attacking a young foal. First, it was a bit shocking, but then I thought – it’s the way of nature.”

According to Tjärnén, some of the people with him reacted differently and wanted to help the zebra baby.

“After a long battle between the male, mother and foal, the zebras disappeared behind the trees.”

Tjärnén speculates: “It probably wasn’t his baby and felt threatened that it would grow up and take over the territory. I think it survived for the time being, but it looked injured. Maybe it was chased off or killed later on by a passing predator.”

Another publication helped us with some research, and they asked a Sabi Sabi game ranger, Richard de Gouveia, to explain this darker side of the Zebra.

De Gouveia said the violence is to show “dominance in the harems”.

A herd is usually made up of one dominant male, who can have as many as six females and their foals in the group. Younger males with no harem would form bachelor herds and wait until they are big enough to start their own harem.

De Gouveia said “Zebra stallions will fight with each other to win over females and will even go as far as stealing females from one another”.

“If the female which is stolen is pregnant, the new male will rape her until such time as she has aborted the pregnancy. Abortion would be done by releasing hormones that would cause her body to reabsorb the fetus or miscarry or if she gave birth to a live foal it would be kicked to death by the male.”

This would explain the seen in Etosha as featured by Latest Sightings, with De Gouveia saying: “It ensures that the strongest genetics survive and the killing of another male’s young is not an uncommon practice in the animal kingdom.” 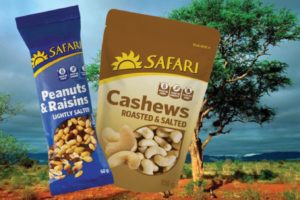