WATCH: Man knocked down and dragged by taxi in critical condition

The pedestrian was dragged for about 30 metres by the taxi. 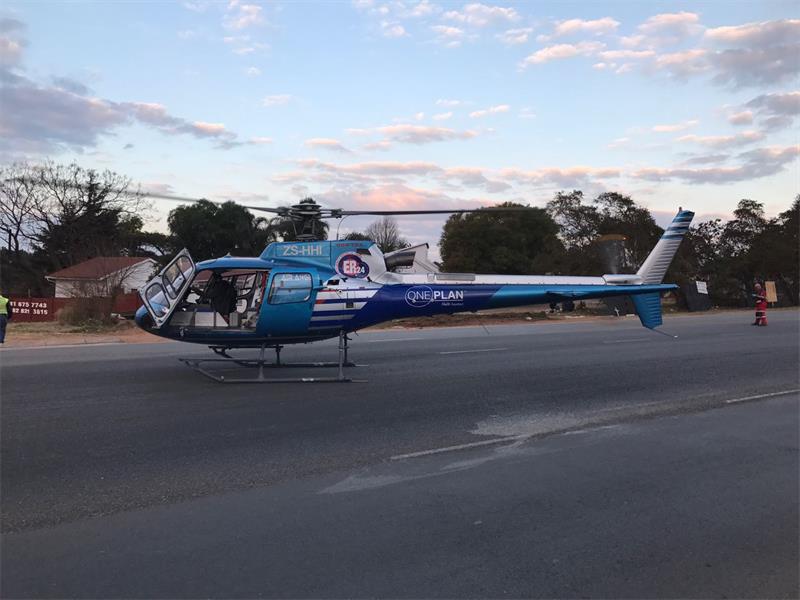 The helicopter landed on Hendrik Potgieter Road to airlift the pedestrian to hospital.

Traffic came to a halt on Tuesday at about 5pm at the intersection of Hendrik Potgieter and Jim Fouché Roads after a taxi knocked over a pedestrian on the West Rand, Roodepoort Northsider reports.

The man, believed to be in his 40s, was left in a critical condition. He was found lying in the road, and was stabilised by emergency services on scene.

ER24 released a statement that the man sustained serious injuries to his head and chest, and both of his arms were fractured. He was airlifted to Lenmed Randfontein Private Hospital by the ER24 and OnePlan Medical helicopter to receive further medical care.

Traffic was prevented from going through intersection to make way for the helicopter to land. 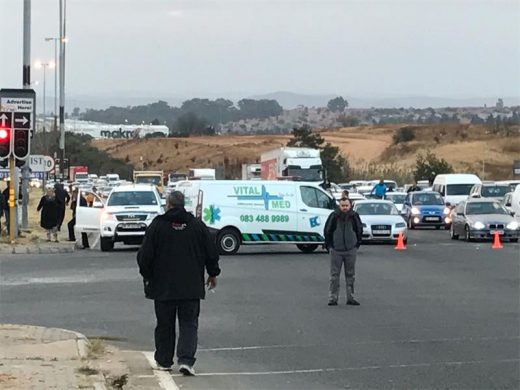 Emergency vehicles blocked off the intersection to make way for the helicopter.

Jon Rosenberg, public relations officer for the Honeydew CPF, was on scene. He said he responded to the incident after receiving a notification via an emergency service group. He explained that the taxi had hit a pedestrian in the emergency lane and it looked as if he had been dragged for 20 to 30 metres by the taxi.

“Traffic was backed up for kilometres on all four sides of the intersection,” he said.

Posts on social media indicate that the man was handing out flyers at the intersection. Pedestrians normally walk along Jim Fouché Road up to the intersection to catch taxis on Hendrik Potgieter Road

The intersection is also currently a site of construction as Jim Fouché Road is being widened.