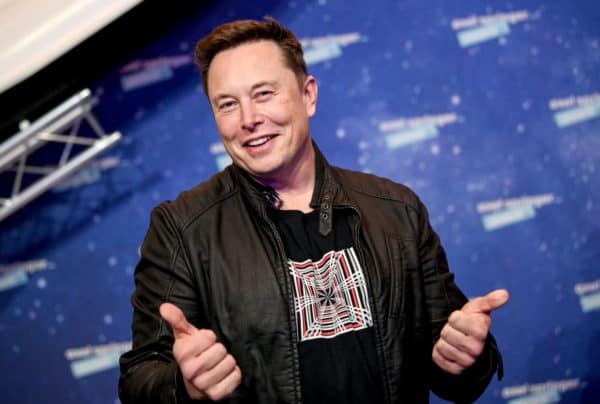 South Africa-born Elon Musk is the richest person in the world again after he became only the third person to ever be worth $200 billion.

The other two people to reach the $200 billion milestone are Amazon founder Jeff Bezos and luxury magnate Bernard Arnault.

Musk reached the milestone on Monday after shares of his electric car company Tesla continued a four-month rally, according to Forbes.

Musk became $3.8 billion richer on Monday and at the close of markets was worth $203.4 billion. Bezos, who was the world’s richest person on Monday morning, saw his fortune fall by $1 billion due to a 0.6%  decline in Amazon stock.

Musk is the co-founder of Tesla and aerospace company SpaceX.

While competing to be the richest people in the world, Musk and Bezos are also involved in a billionaires’ space race.

For months the billionaires have been criticising each other on Twitter. Musk recently slammed Bezos over the many lawsuits and petitions that were filed in opposition of SpaceX, including US space agency Nasa giving SpaceX the sole grant for human lunar exploration.

ALSO READ: Inspiration4: Meet the civilians SpaceX launched into orbit on a ‘Dragon’

On 16 September, SpaceX launched four civilians into space aboard the Crew Dragon capsule. The mission – called Inspiration 4 – was the first of its kind.

The Dragon capsule was built by SpaceX specifically to ferry humans to space and has been used to transport astronauts to and from the International Space Station (ISS).