Nehawu is currently in a meeting with Unisa management, who requested the meeting at the main campus in Pretoria. The previous increase was an average 8%, and the university also offered a paid progression increase, which is for employees who have been working at Unisa for more than 5 years.

Nehawu branch leader at Unisa Sello Billa said the university also supposed to pay workers their paid progression increase but they had not done so.

Ramotshela said today’s strike follows a deadlock in negotiations between the labour union and Unisa. The matter was handed to the CCMA to try and intervene, but the CCMA on the 24th of January issued a certificate of non-resolution, he said. 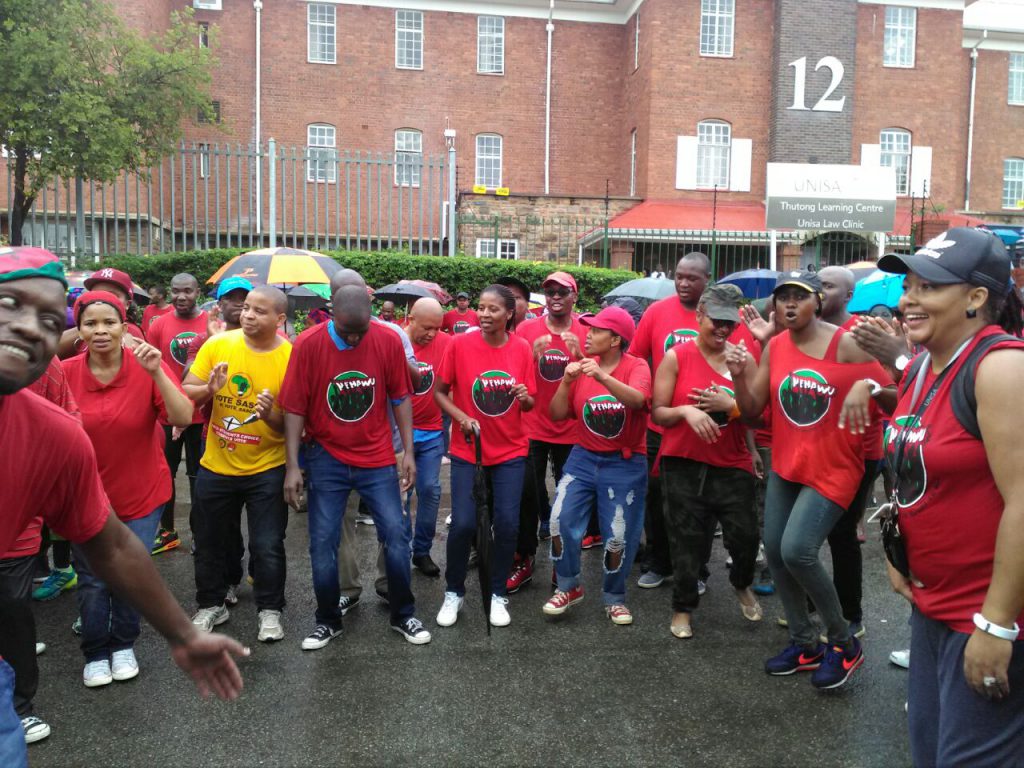 He said the strike was also about bringing a strong message against corruption. “As Nehawu, we believe the reason why management cannot afford decent salaries for workers,is because there is a lot of corruption at Unisa.”

“Management has purchased at least 45 IT-systems, including registration, recruitment, timetables and library systems, but most of them are all dysfunctional,” Billa said.

“But this system could function and collapsed after six months,” he revealed. 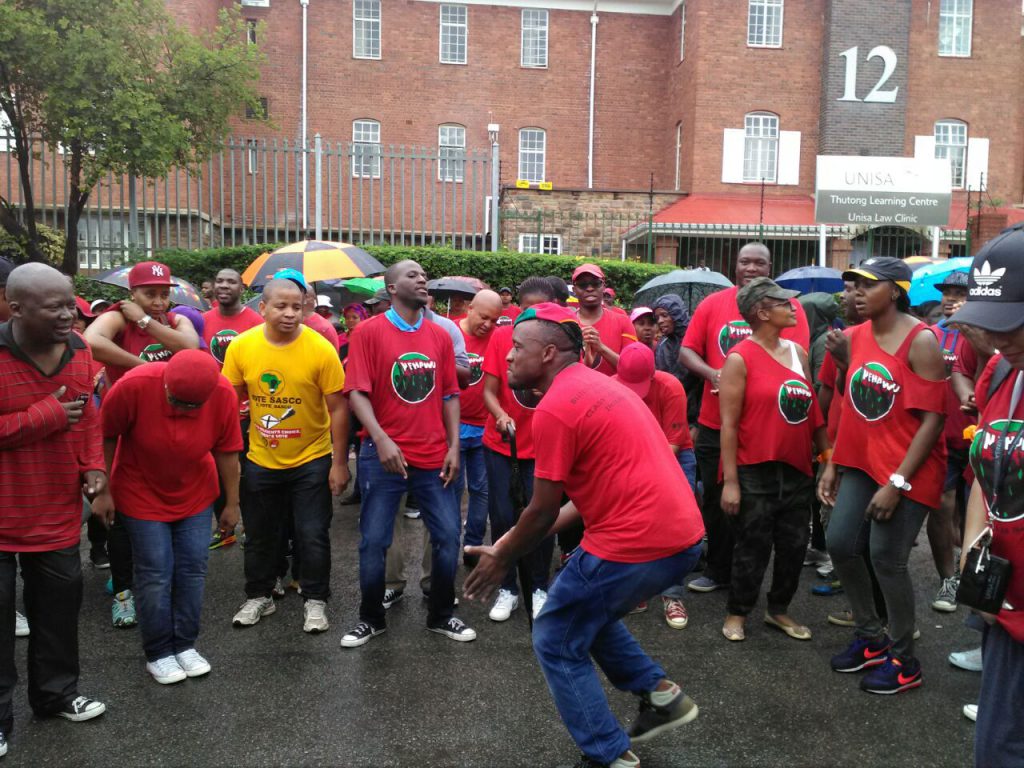 He said university management now wanted to blame government and the Fees Must Fall movement as an excuse. “But we have established that actually the shortfall from government is only about R60 million,” he added.

Billa added that the university was also wasting millions of rands by renting an expensive building in Brooklyn, in Pretoria, while there was enough space at our current buildings around Unisa’s Pretoria campuses.

“We will continue the strike until management promise us they are going to deal with the issue of corruption, especially amongst themselves, and until they offer us a decent salary, including the paid progression increase,” Billa said.

They are currently in a meeting with Unisa management, who requested the meeting at the main campus in Pretoria.