About 17 000 pupils whose parents applied on time did not get into the schools of their parents’ choice. 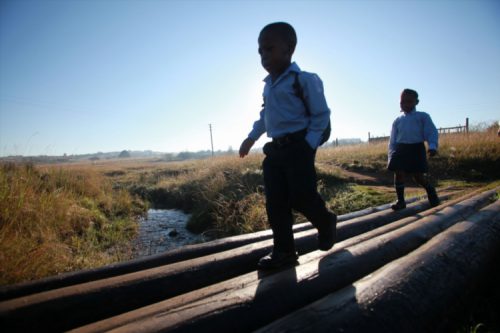 Scores of parents flocked to school district offices over the weekend around Gauteng for their last opportunity to attain placements for their children.

About 17 000 pupils whose parents applied on time did not get into the schools of their parents’ choice. The total placement backlog last week was about 31 000 pupils.

While district offices were opened on Saturday and some yesterday, Gauteng education MEC Panyaza Lesufi said that some parents were refusing to accept the alternative school placements when they failed to attain placement at the schools of their choice.

“I have visited four district offices in Soshanguve, Mabopane, Soweto and Mondeor. It’s mixed emotions. It’s exciting in part, but now we need to ensure that parents accept the offers that we gave them,” Lesufi told The Citizen.

“The problem is parents are not accepting alternative placements and, unfortunately, we have also attracted new people who were applying to enrol for the first time. That is very difficult to handle over just a few days. Parents are expecting to apply today and have children placed tomorrow.”

More than 100 000 new pupils were expected to enter the Gauteng education system this year and while walk-in applicants were expected to also try their luck when schools open on Wednesday, Lesufi said this was not ideal and the department was discouraging parents from going that route.

Lesufi was confident the department was now officially ready to begin the school year. “Besides the alternative placements we have ticked all the boxes, teacher appointments are done, delivery of stationery and textbooks is done, and additional classrooms have been added.

We are opening a new school on Wednesday.”

Don’t waste your time, no need to queue to register schoolkids – Lesufi