Another hitch in Juju’s bid to derail ‘apartheid law’

This further delayed the already two-year long case in a matter which was of public interest and was urgent, the defence told the court. 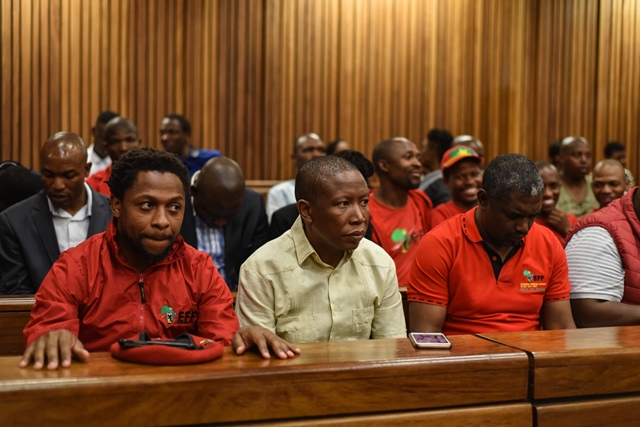 A study has found that there has been manipulation of SA social media by a group appearing to represent a pro-EFF agenda. Picture: Jacques Nelles

Scores of red berets filled Madiba Street in Pretoria yesterday in support of Economic Freedom Fighters (EFF) leader Julius Malema, who was challenging the legality of the Riotous Assemblies Act in the high court.

The EFF commander-in-chief is facing two separate charges of contravening the Riotous Assemblies Act of 1956 in Bloemfontein and Newcastle, where he urged his supporters to invade unoccupied land.

The Act prohibits any outside gatherings seen as a threat or an incitement of hostility between Africans and non-Africans. 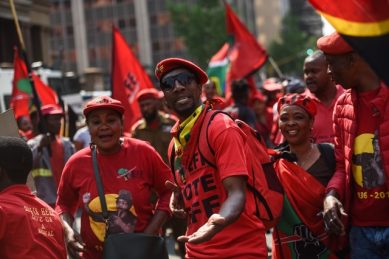 This, Malema’s legal team argued, was an apartheid law that could not still be considered to be constitutional.

Represented by advocate Tembeka Ngcukaitobi, Malema argued that the ANC government used this “apartheid legislation” to charge him.

The matter, which has been ongoing since November 2016, was postponed yet again due to a procedural error when Ngcukaitobi’s team made their submissions, under notice 16a of the court, in May this year.

The notice was required to be put on the court’s notice board to attract public participation. But a court clerk apparently misplaced the second page of the notice, which detailed the party’s submission, Ngcukaitobi said in his defence. 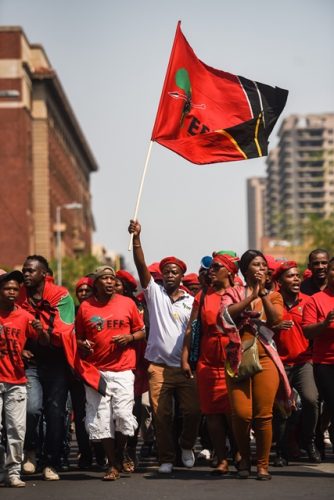 This further delayed the already two-year long case in a matter which was of public interest and was urgent, defence attorney Hilton Epstein SC said.

Representing the department of justice, which is a respondent in the matter, Epstein said it was important for the matter to go ahead so Malema’s court cases at both the Bloemfontein and Newcastle magistrate’s courts could get under way.

“It is in the interest of justice that the criminal trial of Malema proceeds. If he is correct that his rights to free public expression are violated by this act, that needs to be determined.”

The matter was postponed to December 12 and 13. The said notice must also be served to the respondents.

Malema promises electricity and houses, implies the ANC doesn't care for its people
1 day ago
1 day ago

Malema promises electricity and houses, implies the ANC doesn't care for its people
1 day ago
1 day ago