Two of the three men worked for the municipality, and were found guilty of murdering Victor Molosi, as well as possession of an unlicensed firearm. 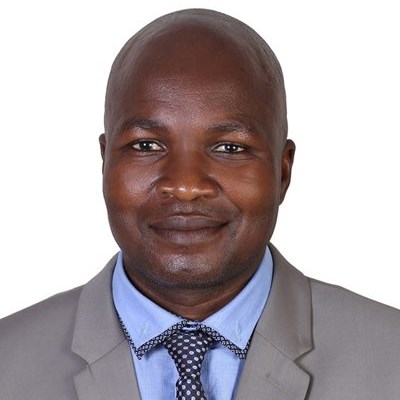 The verdict is out; the three men charged with the murder of ANC councillor Victor Molosi, were found guilty on all counts.

The verdict was met by excitement from community members who have been attending the case since day one. 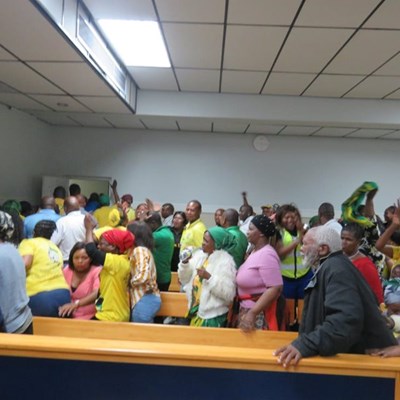 Excitement in the courtroom after the three men charged with the murder of ANC councillor Victor Molosi were found guilty on all counts.

The men are in custody and the matter has been postponed to Thursday for sentencing.

Molosi was gunned down outside his house in Concordia on July 23 last year.

Knysna Taxi Forum secretary Mandla Tyololo was the first suspect to be arrested subsequent to the murder of Molosi, and applied for bail in October 2018.

Investigating officer in the case, detective Sergeant Barnard Wilson, said in his statement last year during Tyololo’s bail proceedings that according to a testimony of a state witness, Tyololo had instructed him (the state witness) to kill Molosi in December 2016, and that Tyololo’s reasons for wanting him dead were that Molosi “thought he was clever and deprived others an opportunity to work for the ANC”.

The state witness said he was offered R150,000 to kill Molosi and that Tyololo was willing to add more money if the witness needed assistance to finish the job.

The witness also told Wilson that he had taken it upon himself to research the man he was hired to execute, and that he learned through a friend the kind of person Molosi was. The friend also advised against going ahead with the job and told him to warn Molosi – which the witness said he did, in December 2016, when he went to his home and confessed everything to him.

On January 23 last year, Molosi reported the matter to the Knysna police station and an inquiry docket was opened, according to Wilson’s statement. The witness left town after abandoning the mission. He told Wilson that he had eventually changed his telephone numbers after receiving repeated calls from Tyololo asking him when he was doing the job.

“Even if Tyololo didn’t pull the trigger, he planted the seed,” Wilson stated. He also said that Knysna councillor Velile Waxa, who has since been convicted, had been depositing money in Tyololo’s account since December 2017.