Graduation ceremonies are special occasions for any graduates, especially first-generation graduates in some families. 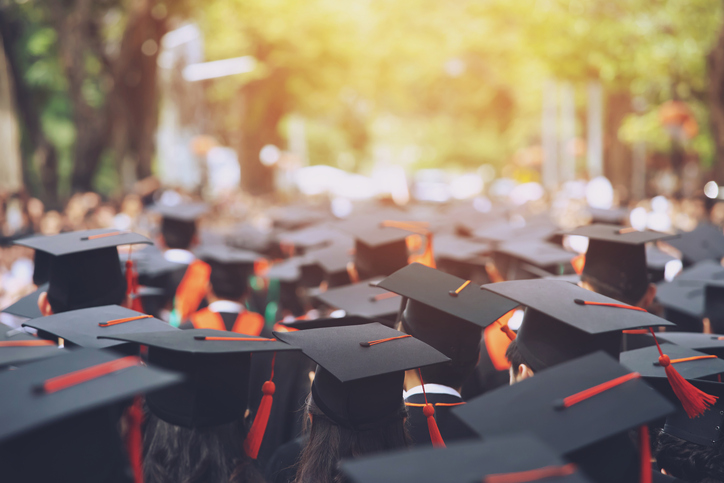 A tender to supply NSFAS students with laptops was cancelled last month and a new one published after a slew of corruption allegations arose. Picture: iStock

While thousands of students have graduated in virtual ceremonies, some are lobbying for universities to organise traditional ceremonies under Level 1 of the lockdown so that they can “gather and celebrate”, according to a student union.

South African Union of Students (SAUS) national president Misheck Mugabe said graduates, especially first-timers, deserved to walk across the stage and be capped by chancellors in front of a cheering crowd.

“Our position is that virtual graduation ceremonies must continue for now because gatherings are not allowed. Then later on when we move to Level 1, we push for a normal graduation. It’s fair to allow those willing to redo it physically. Others will not be willing as they may have moved on with their lives.”

Mugabe said the SAUS has received submissions about this from the SRCs of many universities and added that the matter was under discussion.

The country will move to Level 3 on 1 June when schools will reopen in a phased manner. Most economic activity has also been authorised.

Out of the four Eastern Cape universities, only Rhodes University has decided to postpone graduation ceremonies until the Covid-19 pandemic threat is over. Walter Sisulu, Nelson Mandela and Fort Hare universities took the virtual graduation option.

More than 6 100 students graduated in virtual ceremonies at Walter Sisulu University (WSU) on Friday while 2 711 are expected to graduate at Fort Hare this Friday.

Nelson Mandela University issued qualifications in absentia to 4 440 graduates during an executive committee of senate virtual meeting on Friday 24 April.

The meeting was presided over by university chancellor, Dr Geraldine Fraser-Moleketi, as per university statute, said spokesperson Zandile Mbabela.

UFH spokesperson Thandi Mapukata said: “I can only comment when the SAUS engages the University of Fort Hare directly. For now, I can just confirm that due national lockdown regulations, the autumn graduation will be held virtually on 29 May. Depending on the country’s lockdown status, the university is still scheduled to hold a normal spring graduation for the students who qualify to graduate in September 2020.”

Dr Sizwe Mabizela, an executive member of Universities South Africa – a body representing 26 universities in the country, said it would allow each university to decide what was best for their students.

“Each university will make its own arrangements. I imagine that once the dangers of Covid-19 have subsided, universities will start making plans to make sure no one is missing out on this rite of passage.”

Mabizela said graduation ceremonies were special occasions for any graduates, especially first-generation graduates in some families.

“For instance, Rhodes has postponed the graduations so that at a later date, on an appropriate time, students can join and walk the stage and be celebrated accordingly.

“We will arrange the celebrations to honour, acknowledge and celebrate the students for their academic excellence and tremendous achievements,” said Mabizela.

“[Universities South Africa] cannot prescribe to any university on what it should do. All I can say is universities are very much concerned with the safety, health and well-being of students and staff…Many universities. like Rhodes, will hold the celebrations this year or next year, at an appropriate time. We will invite students to join that rite of passage to walk the stage and be celebrated accordingly,” said Mabizela.

“Graduations are a highlight of our university and time to celebrate and honour students for their achievements and celebrate with their families. Many students were looking forward to this with great excitement and anticipation and you can imagine the great disappointment.”

Mbabela would not comment on the union’s proposal but outlined Nelson Mandela University’s approach.

She said the university decided to award qualifications in absentia “in order to enable students who have completed their academic qualifications to receive their graduation certificates without having to wait for the postponed ceremonies.