Maart has been included in coach Hugo Broos squad that will play Zimbabwe and Ghana. 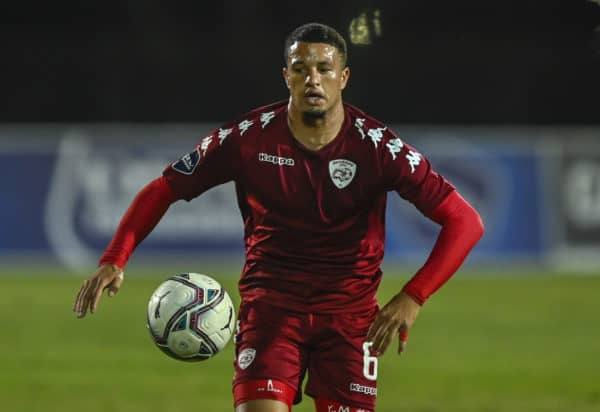 Things just keep on getting better for Sekhukhune United midfielder Yusuf Maart, who says being called up for Bafana Bafana is a dream come true for him.

The Western Cape-born midfielder has been included in coach Hugo Broos squad that will be taking on Zimbabwe and Ghana in the 2022 Fifa World Cup qualifiers this month.

Maart, who is a former Orlando Pirates player, wants to give his all for Bafana Bafana and wants to perform better than he did for the team during the Cosafa Cup a couple of months ago.

“It was really something amazing when I saw my name on the 23-man squad and it was like a dream come true, it’s a good feeling, I appreciate what the Almighty has given me and I am excited to go there and work,” said Maart.

“I have to give the same performance, work extra hard and more. What I gave at the Cosafa Cup was amazing and now everybody started to recognise me. And now everyone expected me to be in the squad. But I have to give 120 percent (performance). I think I will do the best that I can with the ability that I have (to help the team win).

Maart has become one of the key players for Sekhukhune since his arrival at the club in 2020 while the team was competing in the GladAfrica Championship.

The 26-year-old is grateful with the support he has been getting at the club and adds that he appreciates the backing he has been receiving from the team’s fans.

“My message to the Babina Noko fans is that I really appreciate their love, their care and support. I will make them proud.”

South Africa will play Zimbabwe on Friday, 3 September at the National Sports Stadium, before hosting Ghana at the FNB Stadium on 6 September.