Tembo explains why SuperSport have been switching strikers 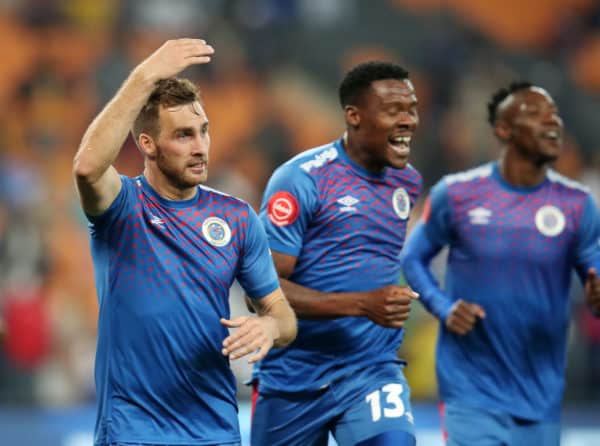 Bradley Grobler (left) and Thamsanqa Gabuza have been given more rest this season by Kaitano Tembo. Picture: Muzi Ntombela/BackpagePix

You might have wondered why you haven’t seen much of the lethal combination of Thamsanqa Gabuza and Bradley Grobler this season. That is because their coach Kaitano Tembo is taking a different approach this season, as he looks to use the two marksmen sparingly for SuperSport United, as opposed to regularly fielding both of them and falling short of firepower from the bench.

ALSO READ: Middendorp not happy with the performance despite United victory

Matsatsantsa A Pitori will host Maritzburg United on Saturday at the Lucas Moripe Stadium and Tembo hopes to continue their decent start to the DStv Premiership campaign, that sees them trailing leaders Mamelodi Sundowns by two points after four games – they are among four teams that have yet to lose a league game.

“We have always had a good start in the last few seasons and we always tend to falter in the second round, then pick up again. Maybe the challenge has been our squad in terms of managing the main players in terms of game time and injuries. If you look at our games this season, we sometimes don’t play Thamsanqa and Bradley at the same time because we don’t want them to burn out at the same time,” said Tembo.

“We are trying to manage the squad as best as we can as compared to the previous seasons. We hope things will turn out a bit different this season because we have got younger players who are a season older in terms of game time and experience. A player like Jesse Donn did not play much last season but now he is starting because we had to build him up for this season,” he added.

The Team of Choice will prove to be a tough nut to crack, Tembo reckons, saying Ernst Middendorp’s side are expected to be at their best, particularly after a confidence-boosting win over Marumo Gallants on Wednesday evening.

“Maritzburg United played very well and …we are anticipating a very tough game against a very confident team and we need to plan properly and try to use our home advantage, because it is important that we do well in all our home matches. They should be physical and direct in their play,” Tembo said.