Sirino's goal is enough for Sundowns to beat Arrows, who fail with. a second half spot kick. 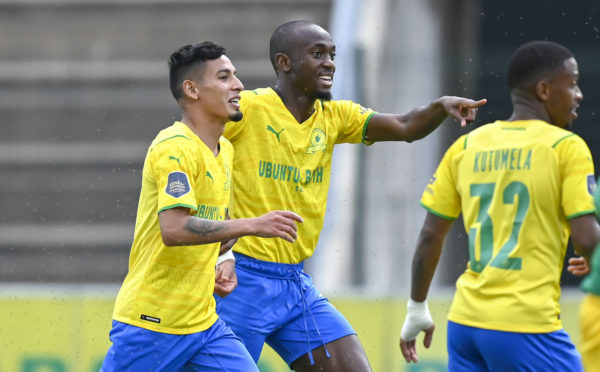 Mamelodi Sundowns’ coaches stuck to their word and rang the changes in their DStv Premiership clash with Golden Arrows yesterday, but it was still enough to edge out the home side 1-0 at the Sugar Ray Xulu Stadium.

Themba Zwane, Lyle Lakay and Rivaldo Coetzee were among those rested from their exploits in the Caf Champions League on the weekend.

Sibusiso Vilakazi got a rare start and showed his class in the build-up to Gaston Sirino’s goal. Vilakazi displayed some flair with a heel extension that found Andile Jali, who then passed the ball to the Uruguayan to open his scoring account for the season.

Masandawana continued their rock solid performance at the back as the central pairing of Mosa Lebusa and Brian Onyango formed an immovable and unshakable wall in front of goalkeeper and skipper Denis Onyango, leading Downs to a 10th successive clean sheets in the league, with three of those games comin last season.

That record was under threat for a moment as Arrows’ biggest chance came in the 78th minute when referee Victor Gomes pointed to the penalty spot after he adjudged Khuliso Mudau to have brought down Siyabonga Khumalo in the box.

For a chance to become the first player to score against Bafana Ba Style in the league this season, substitute Michael Gumede – who had just come off the bench – took responsibility from 12 yards but could not keep his strike on target and he fired wide, much to the relief of Onyango.

However, Abafan Bes’thende did not drop their heads in shame after that penalty miss as they continued to probe, notably when Knox Mutizwa instigated a counter-attack after Downs fluffed a corner-kick, and the Zimbabwean striker was at the end of Arrows’ break, but he could not keep his efforts on target, and he rather upset the cameraman behind the goalpost as he fired his attempt straight into the lens.

The result sees the Brazilians extending their lead at the summit to four points over Tshwane rivals SuperSport United – Downs will now shift their focus to the Champions League this Sunday against Maniema Union, as they hope to seal the win after a 2-2 draw in the first leg.