Things you should never say to your child

Being a parent has a lot to do with knowing what to say, and when and how to say it 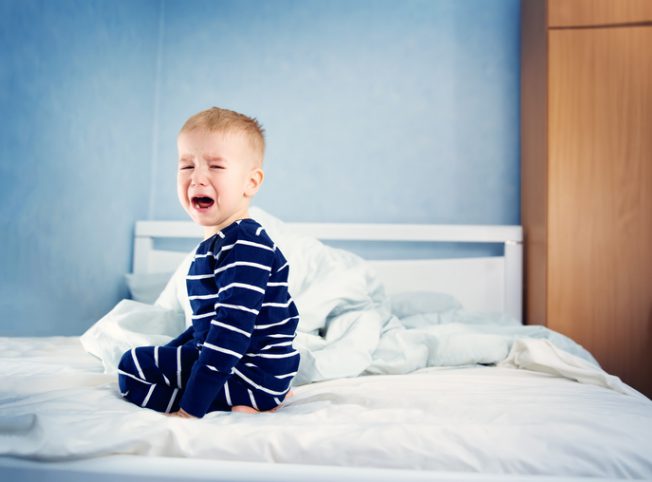 Having a four-year-old daughter has made me realise that what I say to her or when she is within hearing distance can have serious emotional repercussions.

This forces me to be more careful about the language I use in her presence.

She is such a good replicator. She repeats things I say to her or her friends or her dolls, indicating that whether or not it was something I said in passing, it has stuck with her.

Parents forget what a big role they play in expanding their children’s vocabulary, shaping how they view themselves and life, and what they believe they are capable of achieving.

We play an important role and the words we use are a big part of it. Being a parent involves responsibilities that exceed merely putting food on the table and taking your child to a good school.

The phrases parents use can undoubtedly change a child’s world view, affect their mental development and make them adopt bad ways of living.

“You should listen to adults,” I once heard a parent say to her toddler. While this might be regarded as good manners and a sign of respect, not all adults are good, hence this popular phrase can be dangerous, especially when the child starts trusting all adults, including strangers.

Being overprotective when it comes to children’s safety, I threw in my two cents worth, telling the child that “what mommy meant was that you need to listen to your parents, not strangers”. 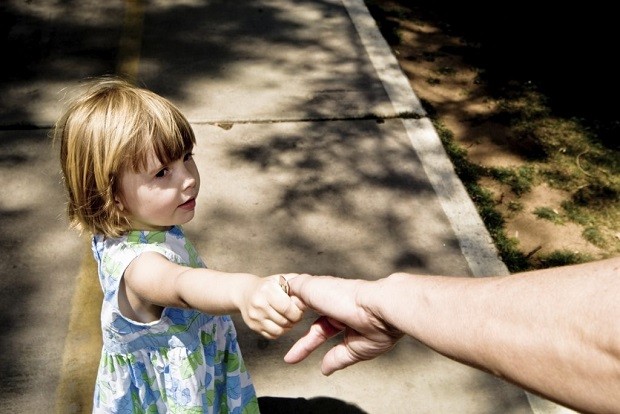 Being a parent has a lot to do with knowing what to say and when and how to say it. Children are fragile and every day is a learning experience for them, so what their mother says is a big part of the lesson.

Sharing toys was an issue in the beginning for my daughter so I had to teach her the proper way to protect her possessions, knowing that she is worthy of them and that sharing doesn’t mean losing them.

I often tell mothers not to tell their children to “stop being greedy or selfish” as it might make the child think that they must share everything and nothing is theirs, which can progress into a self-sacrificing attitude.

But saying to your child, “would you let this little girl play with your doll” might instead give them a chance to manage their possessions themselves and empower them.

Comparisons don’t work well when it comes to boosting a child’s confidence, whether it’s comparing the child to another or a sibling or to a younger version of yourself.

“Look at how well behaved that little girl is” is the kind of phrase that make a child feel like they can’t achieve anything. Reassuring words like “I know you can do this” points to their capabilities and shows that you believe in their abilities.

“I could do that when I was your age” is another phrase that puts a child under pressure.

Telling children they are not meeting your personal milestones can be damaging, making them feel they are disappointing you or are not good enough. 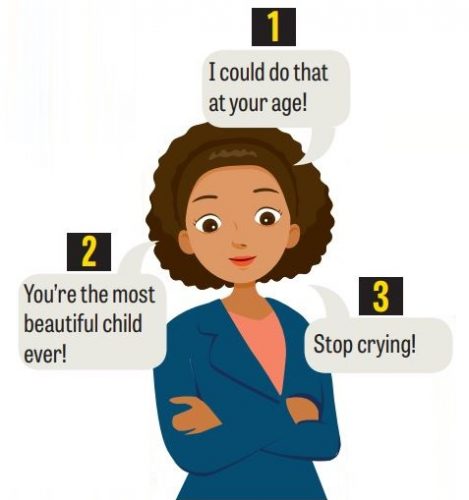 It’s vital for parents to understand that children develop at different speeds and because you gave birth to them doesn’t mean they are similar to you.

“Stop crying,” I once said to my child, when I was feeling frustrated and tired from a busy day at the office, but I immediately sensed how she felt when I said that.

From her point of view I was saying it’s bad to show emotions. I regretted it and told myself I would fix it in future to prevent her growing up withdrawn, with hidden emotions that would later develop into aggression.

So the next time I tried a different approach, saying “tell mommy what’s bothering you”, initiating a conversation which helped her identify her emotions and me to understand how to help her feel better.

While it’s fine to suggest that your child should prepare better for future tasks or tests, asking them why they didn’t do perfectly is far from motivational.

The “that’s not good enough” expression is not only mean, but it disregards the effort the child made, discouraging them or forcing them to set unrealistic goals in future.

Acknowledging the effort made and telling your child that you believe in their abilities can work well to make them want to get better results or perform a task better. It really is about how you say it that counts. 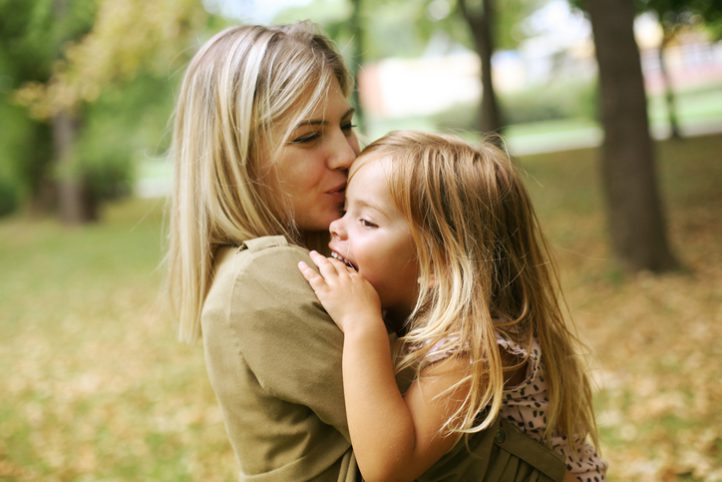 And while it may seem harmless to ask your child if you look fat, it’s said that many food and body image issues begin at a very tender age, and sometimes as a result of the example parents set for their children.

Telling your child how fat they are is also unacceptable. Childhood obesity is a problem in many countries, but that doesn’t warrant a parent calling their child hurtful and derogatory names.

It won’t encourage them to lose weight and leaves them with severe emotional scars and eating disorders. A thoughtful parent will teach his or her child healthier eating habits and get them interested in fun workouts instead.

While name-calling is not recommended in parenting, nor are expressions such as “you’re the most beautiful”. Such a phrase can set a standard that is impossible to live up to, especially in the shallow image-focused world we live in.

You wouldn’t want your child to measure their self-worth by their looks and nothing else.

Not telling them how perfect they are is also worth considering as these words can backfire if the child feels they have fallen short of achieving what their parents regard as perfection.

Being a parent is already a tough job without considering the appropriate and inappropriate things to say to or in front of a child. But it can have positive results in the future.