Ducati’s 959 Panigale: Racing is in its blood

The split tailpiece design is the final touch to a real work of art. In 2016, Ducati’s 959 Panigale is to become a larger capacity, even more versatile “Supermid” model. The Ducati 959 Panigale shares the same innovative stylistic features that characterise its “bigger brother”, the 1299 Panigale – but with an engine designed for a more enjoyable everyday riding experience and more thrills on the race track.

The new 955cc twin-cylinder power unit, the first Superquadro to have obtained Euro 4 type-approval, comes with a new stroke length and other innovations that have given rise to an even more impressive torque curve and increased maximum power, now 157hp at 10500rpm. The increased torque and maximum power values do not imply shorter service intervals.

Valve clearance inspections are still only required every 24 000km. The super-smooth engine continues to be a fully stressed member of the innovative monocoque frame, achieving both an outstanding power-to-weight ratio and ride-enhancing response and agility with a weight of only 176 kg – while ensuring compliance with the structural limitations required by Euro 4 standards.

The unmistakable 1299 Panigale-derived silhouette of this bike, even with a redesigned nose fairing, headlight and tailpiece, underlines the family DNA: the Ducati Quick Shift (DQS), Riding Mode technology including Rideby-Wire, triple-stage Bosch ABS, Ducati Traction Control (DTC) and Engine Brake Control (EBC) featured by the Panigale are in line with Ducati’s very own standards of technological excellence.

Every last detail of the 959 Panigale pays tribute to Ducati’s legendary racing heritage. The wider nose fairing and screen improve aerodynamic performance and add to the aggressive look of the new front end, also enhanced by larger-section front air intakes. 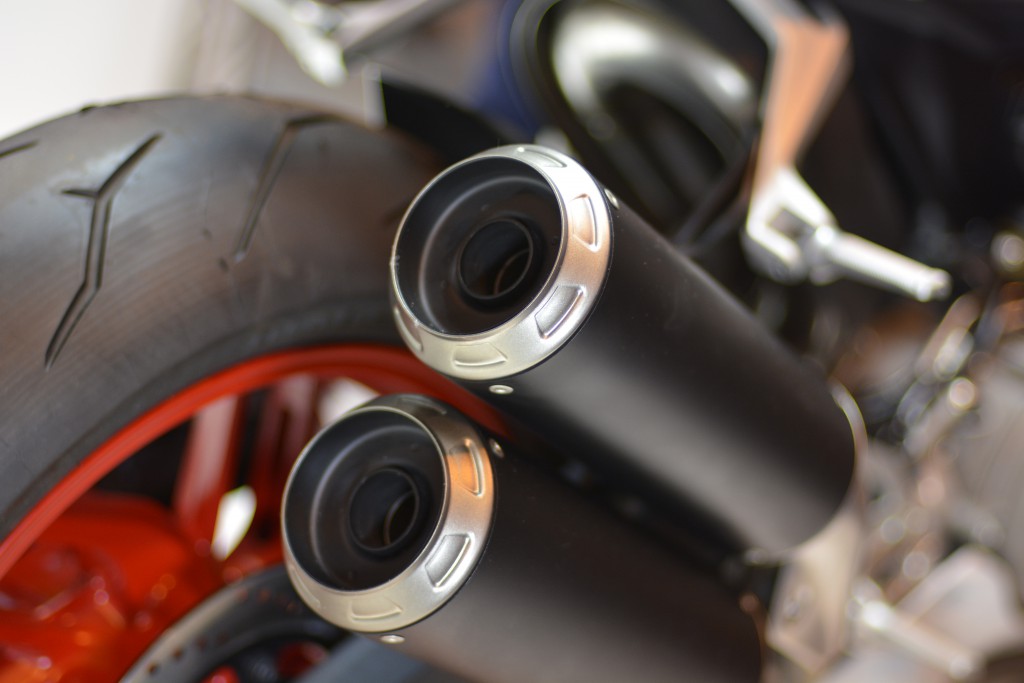 The split tailpiece design is the final touch to a real work of art: the 959 Panigale fairing, now including redesigned lateral air intakes and new rear view mirrors. The new bike is also equipped with aluminium billet-machined footrests for enhanced boot grip.

The 959 Panigale is available in traditional Ducati red with black wheels or a stunning Arctic White Silk with contrasting red wheels.

Each Riding Mode is pre-programmed to instantly change the bike’s personality by adjusting the ABS, DTC and EBC levels of intervention as well as the Power Modes – the different power output curves. The available modes are the result of the application of several, dedicated class-leading technologies.

The 959 Panigale has a compact instrument panel with a data-rich, black-on-white LCD display and three different levels of back-lighting. The rev counter features in the top part of the screen, along with instantaneous speed and selected Riding Mode with the corresponding EBC, DTC and ABS settings – modifiable from the special menu.

The 959 Panigale front brakes use twin radially-mounted M4.32 Brembo monobloc callipers actuated by master cylinders. The front callipers grip 320mm discs, while a single 245mm disc at the rear is gripped by a single Brembo calliper. 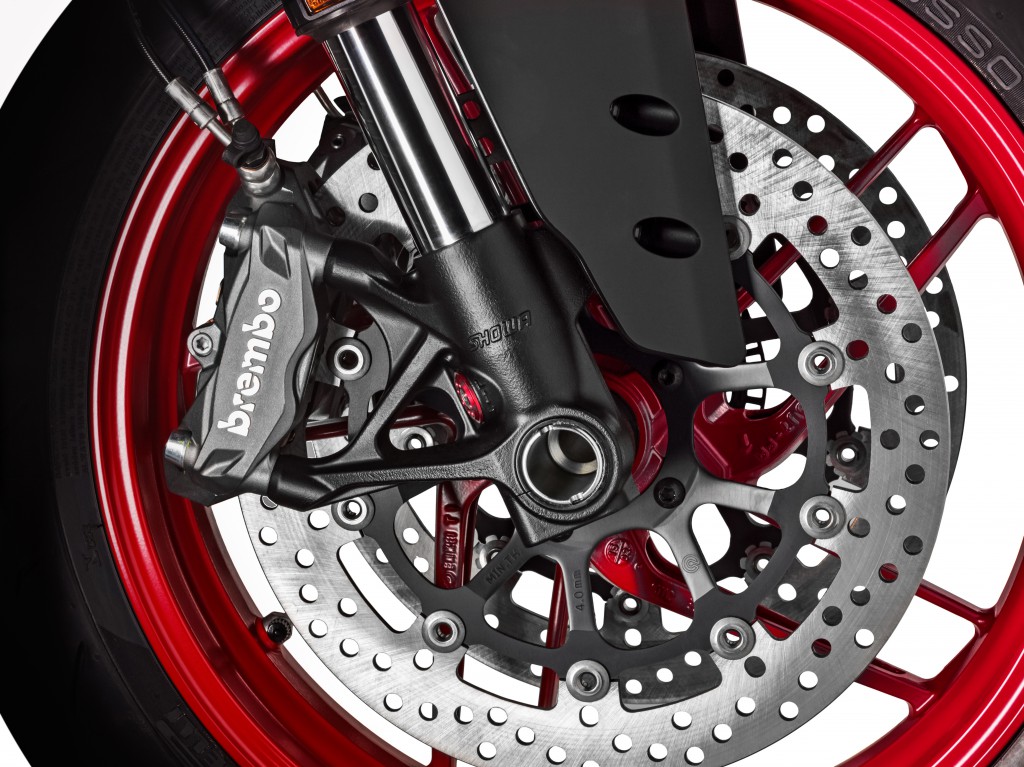