South Africa in the midst of a ‘serial rape’ crisis – report

Serial rapist data collected by Afriforum researchers showed that the number of victims (rape and murder) per serial rapist ranged from 2 victims to 58 victims for rape and from 1 victim to 27 victims for murder. 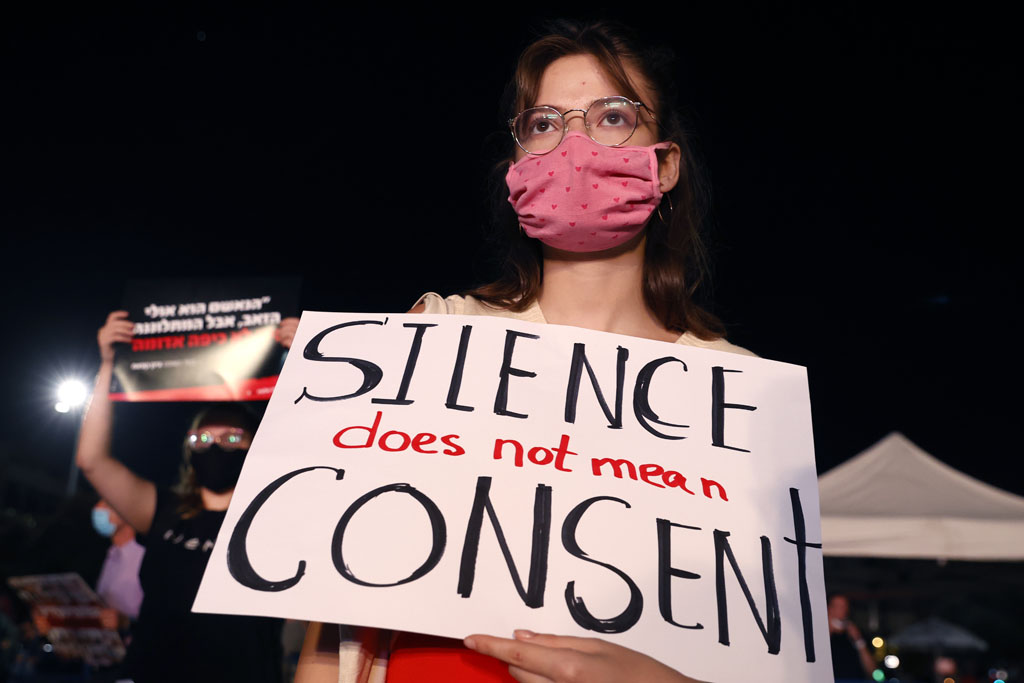 An Israeli woman wearing a protective mask due to the COVID-19 pandemic, holds a placard as she takes part in a demonstration in Tel Aviv on August 23, 2020, to denounce sexual violence against women following the alleged gang-rape of a 16-year-old girl in a Red Sea resort. Police said 11 suspects, including nine minors and a woman said to be the manager of the hotel in which the alleged rape took place, had been arrested in connection with the affair so far as part of an "ongoing investigation". (Photo by JACK GUEZ / AFP)

An average of 116 rapes are reported to the police each day, according to a new report published by civil rights group Afriforum.

Using the latest annual crime statistics released by the South African Police Service (SAPS) and other sources, the report highlighted failures by government and civil society in addressing the persistent rape crisis in South Africa.

The report titled Serial Rape in South Africa used publicly available information to determine rape and sexual assault trends, the main motives, and beliefs behind the high numbers. It also listed the most prolific serial rapists in the country’s history.

Serial rapist data collected by Afriforum researchers showed that the number of victims (rape and murder) per serial rapist ranged from 2 victims to 58 victims for rape, and from 1 victim to 27 victims for murder.

According to Monique Taute, AfriForum’s Head of Campaigns, the South African government has failed in curbing crime, particularly violent crimes including rape. She said government’s failure to provide an adequate criminal justice system and a lack of urgency towards implementing drastic measures to try criminals, has resulted in the country having some of the highest levels of violent crime, including rape, in the world.

“It is noteworthy that each of the steps that have been taken by government to address the issue are merely reactive to the crisis and that while these steps might contribute to a better response, none of them would significantly contribute to lowering the levels of violence against women.”

The report also called for communities to take responsibility for its own safety.

Marnus Kamfer, Legal and Risk Manager at AfriForum said citizens must take precautions and measures in order to make it as difficult as possible for criminals to enter their homes.

“Furthermore, citizens must make sure that they are able to easily send a distress signal to their local neighbourhood watch and/or security company for assistance if needed. Lastly, potential victims should know how to defend themselves, and must not hesitate to do so.”